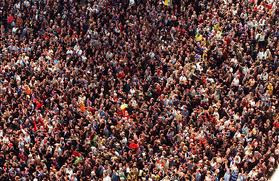 Just 11 years ago, somewhere in Bosnia, says the United Nations Population Division, we celebrated the birth of our 6 billionth living human being! I'm guessing the baby's name is not Brad or Tiffany, but whatever, he/she is now part of our earth family.  Oh, by the way, that is me in the photo... 28th row, 790th from the end.

And this year, on Halloween, to be exact (more or less), little number 7 billion will be born, probably in Asia. Welcome little person. As that baby will be so special to all mankind, it should be given the most popular first and last name in the world.

So welcome little Muhammad Chang (true). May you contribute mightily. Your Halloween costume should be our most popular: Angry Bird... though I still favor cowperson or firehuman, both generically and politically correct.

It does seems we've reached that milestone rather fast, don't you think? Seems like just yesterday--in 1360-- we were at 300,000, which is less than the U.S. population today. It took us 600 more years to hit 3 billion... but times have been good, baby-wise.

Can you believe it only took us 40 years to double that number! I'd say that is pretty prodigious. Current projections show a continued increase of population, at a steady but slower growth rate. Looks like we will easily top 7.5 billion by 2050, and India will overtake China as the most populous. Those two countries represent about 40-percent of humankind... and if they ever accidentally jump up and down at the very same moment, good bye orbit.


Mom... put another plate on the table... we'll all be home for the holidays.
Posted by Jerry C at 3:44 PM No comments: Links to this post

Can't believe it has been almost three years since I last wrote about The Infinite Number of Monkeys Theory. It proposes that, given an infinite number of typewriters (word processors to those of us in the know), an infinite number of monkeys will eventually produce the complete works of Shakespeare. My, time does fly when you are having fun. But there is a need to update this monkey business with new, semi-scientific earthshaking data.

Remember six years ago when researchers at the esteemed Plymouth University in England conducted an experiment? Neither do I, but they did. To simplify the expected miracle, researchers gave six monkeys one computer for one month then, eagerly awaited the results.

Eventually, the monkeys, typing randomly, produced only five pages of text, filled mostly with the letter S with a few A's, J's, L's and M's thrown in. What researchers did seem to prove is that the monkeys were more "interested in defecating and urinating all over the keyboard."

Better still is the 1993 Simpsons episode, "Last Exit to Springfield" where Montgomery Burns has a room with 1000 monkeys (admit it--don't most of us have such a monkey-filled room hidden behind a staircase or secret wall like I do? Uh... you don't? Oh...) pounding randomly at typewriters. Looking over one monkey's work, he chastises it for mistyping a word in the opening sentence of A Tale of Two Cities — "'It was the best of times, it was the blurst of times?"


As everyone obviously knows, the original mention of the "monkey theory" goes back to 1913, proposed by Émile Borel in his essay, “Mécanique Statistique et Irréversibilité.” (Really.) Seems we have been interested in monkey-typed words far longer than any sane society would call normal.


So it appears the monkeys have a long way to go... and chimpanzees are rated as the smartest non-human. But we never give up on the stupid stuff because... well, because we are human and we lack the basic animal instinct of common sense.

FYI: The smartest living creatures in the animal category--not counting us-- are (in order) chimps, dolphins, orangutans, elephants, crows, pigs, squirrels, pigeons, octopi and rats. And of these, I would pick the octopus as best able to reproduce Shakespeare randomly... because, of course, they have eight appendages... or in stupid experiment-speak, capable of four typewriters/word processors at a time using the classic two-tentacle touch method.
Posted by Jerry C at 9:14 PM No comments: Links to this post

Are you smarter than a 6-year-old?

No, you are not... if you don't follow the "Rules" as posted by six-year-old Jake, on the family refrigerator. 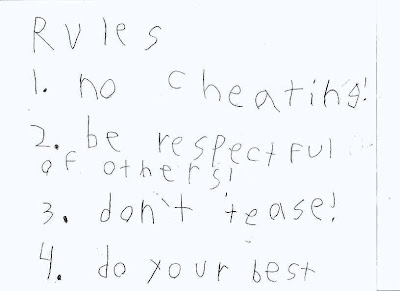 Smart really isn't all about what we know, but how we interact in the world we all live in. Have you noticed that we tend to tolerate well, all who know more... or less than we do? We don't, however, choose to tolerate jerks of any intelligence. Kind of "Golden Rule-ish," wouldn't you say?
Really... can it be any simpler?  Thanks Jake for explaining it so well. Now if we would only listen.
Love, Papa
Posted by Jerry C at 12:24 PM No comments: Links to this post

Everyone needs a good head on their shoulders yet, sometimes that is not enough.

Here's what I mean:


ONE HEAD... In Homer's Odyssey, it is Polythemus, the cyclops son of Poseidon (the Greek god of the sea) and Thoosa (a sea nymph) who gives Ulysses big problems in Ionia. Hmm. Might have been the breeding, I'd guess. Obviously, one head... and one eye, didn't get the job done. Maybe two heads ARE better than one.

TWO HEADS...Meet Frank and Louie, the two-headed cat--actually two-faced but that has a bad connotation associated with it... and it wouldn't then fit the theme of my post.

Frank and Louie (his given name) was born with two mouths, two noses, three eyes and a sweetheart of a personality. Dubbed a Janus cat (after the two faced Roman god Janus), he was supposedly doomed from the beginning.  Most like him don't make it past the first week because of congenital defects. They typically have cleft palates and can't nurse or their lungs fill with milk and they die of pneumonia.

But Frank and Louie was given a chance. His saving grace seems to be  that he eats with just one of his mouths. He is friendly, soft and silky and will relax in a person's arms like a rag doll. He walks on a leash and loves car rides. He is just another of nature's miracles. Frank and Louie broke all the records and is now 12-years-old. But still, he's a cat. Maybe two heads are still lacking. 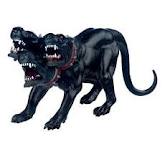 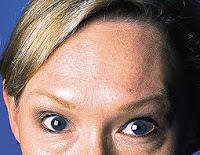 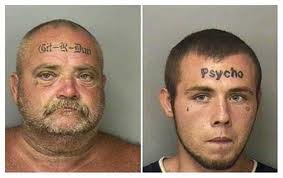 FORE HEADS... the ultimate in brain power. If one head falls short, two heads don't cut it and three heads end up lacking, then the only choice left is... ta-dah, foreheads of course. However, from the looks of things,  that might not even be enough.

PS: You may have noticed that top three items have ties to Greek mythology. Not surprising since Greek is one of our oldest written languages dating back to 2000 BC. 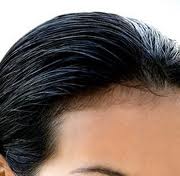 One final quote by a Greek guy worth a read:

All men are by nature equal, made all of the same earth by one Workman; and however we deceive ourselves, as dear unto God is the poor peasant as the mighty prince.
Plato
Posted by Jerry C at 10:34 AM No comments: Links to this post