SECRET REVEALED: How to cheat time

I stole an hour-and-a-half once and it was perfectly legal.

When the SST Concord was flying, before that horrendous crash that stopped time, I flew the Air France Concord from Paris to New York. I left Charles de Gauille Airport at noon, arrived JFK at 10:30... a full 90 minutes before I left! If I never go east again, that time is mine FOREVER!

The story behind that flight is a good one and I'll share it in my next post. This one however, is about time's unrelenting pace, or as comedian Groucho Marx put it, "Time flies like an arrow, fruit flies like a banana."

If you google 'death clock,' you will be taken to a page that, with the input of certain personal data, will tell you when you are likely to die. How unfun is that? What it will show however, is how fast time gets away from us. Mortality has its way.

So we usually come to a resolution like, "It's not how long you live but how well you live." Or, "There's only one thing more precious than our time and that's who we spend it on." Or. "You will never know the value of a moment until it  becomes a memory." Oh, there are more... lots more.

So I was taken by a letter, embodied in a newspaper ad by Paper and Packaging, an organization speaking for the paper producers of America. The Letter of Peace as it was called, was from a sibling of a 16-year-old brother who killed himself after being mercilessly bullied on-line. It concluded:

"The only way to end suffering in this nation, whether it be from bullying or discrimination, is not to highlight differences between groups of people but to focus on the importance of accountability and character. This holiday season, show kindness to strangers.  Share your light with others whose light might not be shining so bright. Only together can we be the beacon of hope this world needs. Peace, Cliff."

Please, if you want to see more of what makes us humanly rich, visit HowLifeUnfolds.com/LettersOfPeace . It's a beautiful page. You won't be sorry.

"Life is too hort to wake up in the morning with regrets. So love the people who treat you right, forgive the ones who don't and believe that everything happens for a reason. If you get a chance, take it, if it changes your life, let it. Nobody said it would be easy, they just promised it would be worth it."

"Unless someone like you cares an awful lot, nothing is going to get better, its not."

So it all comes down to how late is it before it's too late to make a difference? 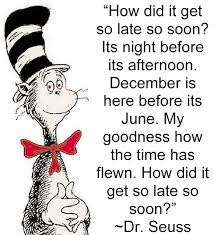 
Posted by Jerry C at 5:51 PM No comments: Links to this post