Uncle Remus is the singer and "Zip-a-dee-doo-dah" is the song that won the 1947 Academy Award for Best Song.

If you remember the Disney movie, Song of the South, which featured Uncle Remus and that song, then you are old. If you don't, there is a reason why and I'll tell you about that... and Gullah and Mitchelville.

Uncle Remus is the fictional, kindly old former slave who serves as story teller of African-American folk tales compiled and adapted by Joel Chandler Harris. He wrote seven Uncle Remus books, his first in 1881. The story setting is shortly after the Civil War when slavery had just been abolished.

Song of the South was Disney's first movie that mixed animation with real actors. The tales Uncle Remus relates, with the help of Disney animation, are familiar.

But the reason many have never seen the movie is that it has never been re-released for today's audiences. The stories were presented in a manner that was consistent with segregation of the day, but as America began waking to this prejudice in the mid-20th century, the dialect, the Uncle Remus persona and other stereotypes evident in the movie were demeaning and patronizing to African-Americans.

Jackie Robinson didn't break the color barrier in major league baseball until 1947 and there were still, across much of the old south and sometimes elsewhere, "white" and "colored" bathrooms and drinking fountains, segregated schools, movie theaters, restaurants, hotels. buses and other things. The stories' context is set on a former slave-owning plantation and plays out in the prejudicial world of "then" at a time when radical change was in the offing.

The Uncle Remus character though, is Gullah, those folks say. And the tales are proudly claimed  for their charm and history despite the juxtaposition of then and now. The Gullah folk of today are the descendants of enslaved Africans and some Portuguese who were thrown together by slave traders in the  Lowcountry coastal regions of the United States, from southeast North Carolina to northeast Florida. The created their own common language from English... a clipped, stylized version where verbs have only one tense and unneeded letters are simply dropped. A few of their cultural expressions sound like this: "Ebry shut eye ain't sleep" and "Dog got four foot, but can't walk but one road."   Any guesses of their meanings?

On Hilton Head island, the Gullah had the first American opportunity to form a town, Mitchelville (yes, it is spelled correctly) in 1862 and elect their own officials. It was named for Union general, Ormsby M. Mitchell who defeated a Confederate attempt to take the island. The Union army supplied material and built small (18x30 feet), framed houses for as many as 3,000 escaped and soon to be freed slaves. Mitchelville lasted until about 1870 when the call of jobs and life elsewhere made the community less relevant.

Gullah tradition still embraces those tales, our 70-year-old Gullah tour guide, Melvin, told us. Melvin is a direct descendant of those former slaves and he recently took us on a two-hour show-and-tell extravaganza of Gullah history and culture on Hilton Head Island.

The tales, you ask. Ever hear of Br'er Rabbit, Br'er Fox and Br'er Bear? Those are  three of Joel Chandler Harris's leading characters and their antics spin the tale. They entertain and educate, like Aesop's Fables, with a lesson or moral.

The stories are written in a dialect devised by Harris to represent deep south Gullah. And for the movie and books, it works. At the time of Harris' publications, his work was praised for its ability to capture plantation negro dialect.

It's amazing what you learn when you pay attention. Did you know that 170,000 African-Americans served in the Union Army and 20,000 in the Union Navy during the American Civil War?

Is it time yet? 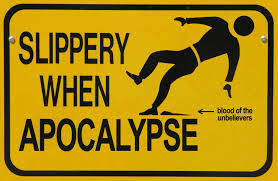 Our sun will burn itself out in the next 5 billion years or so, say astronomers, and it will get very, very cold. That will mean Burlington Coat Factory will have the greatest going-out-of-business sale ever!

Of course, we humans may have exited the scene years earlier. There will be warnings signs of the apocalypse (like this one maybe) many believe. Oh, and the usual plagues, famine, earthquakes, lakes of fire, etc. But if human nature is to be believed, there are subtle signs we are loosing it, if you pay attention. 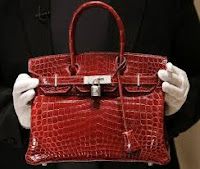 So is this a sign we are going crazy or what?


The gist of the court case was that Couch was so rich and spoiled that he didn't know better. Then, when he skipped probation, fled to Mexico and had to be tracked down--at our expense, the judge slapped 180-days in jail on him for each of the four people he killed.

Some insist angrily, "That will show him!" However, I'm sure all those with less money and affluence... and kinder hearts, totally understand are hoping and praying that he learned his lesson.

But the scales of justice do tend to balance.

So when your spouse tells you she went shopping and saved $200, don't believe her for a second. But that global warming thing... believe.