What makes you ethnically you? As a proud Italian--and after a few paragraphs of lecturing--i'll show you something fun that is ethnically us. 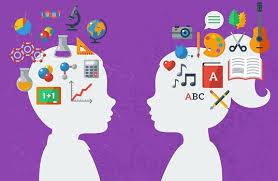 Sadly, ethnicity too often leads to stereotyping which can tend to divide us, but that is looking at it through the wrong end of the telescope.  We do have ethnic differences which, thank God, is to our great advantage. We would be hard pressed to live in a world where we all saw everything through the same eyes. We all bring different skills and traits to the table... yeah, sort of like a fancy smorgasbord,

Saw this inscribed on a coffee cup once:

Heaven is where the cooks are French, the police are British, the mechanics are German, the lovers are Italian and everything is organized by the Swiss.

Hell is where the cooks are British, the police are German, the mechanics are French, the lovers are Swiss, and everything is organized by the Italians.

Culture and genetics give us our traits.  Like pieces of a jigsaw puzzle, We all have something to share but not necessarily the same something. We do, however, make a beautiful picture when put together. We couldn't be "us: if we didn't have "them." We certainly wouldn't be the country we are today.

If you are not Native American who always lived here or African American brought here as a slave, you are of immigrant heritage seeking a new life, a new freedom or escaping some horrible circumstance. Almost all of of us have immigrant beginnings. And just look at the incredible nation we made.

Disclaimer: The rest of this post originally ran July 31, 2015 but i thought it was worth a rerun because it is an entertaining way to make a stereotypical point.


What do DaVinci and his Mona Lisa, Michelangelo and his magnificent sculpture David, Galileo and his startling astronomical findings, Marco Polo and his discovery of spaghetti and I, producer of this fine blog have in common?

Our names all end in a vowel... which means (probably) we're ITALIAN. Mama Mia!

So do all Italian names end in a vowel? No, just most.


For me, all of my grandparents were Italian immigrants that came here through Ellis Island in the early 1900s and made new lives for themselves. My parents were the first American born generation.

I grew up next to my grandparents and enjoyed my cultural blessings--a little wine at the table, fabulous food, getting away with cussing in Italian but claiming to never understand what I was saying, great work ethic, overwhelming gusto for life and more--but never learned Italian because they forced their children to "speeka English."

I really never wondered why most Italian names end in a vowel. I thought Italian was like 'pig Latin' where every word ended in "A." Imagine my surprise then when I read the credits of this fabulous video, "1,000 people playing the Foo Fighters in Unison."

As I read through the 1200 or so names of players, singers, producers, camera people, gofers and the like at the end of this very professional video, I saw that all but a handful of them ended in a vowel. That's Italy for you.

About that video, first, it is really impressive and fun to watch, even more-so if you like the music. If you are not a Foo Fighters fan, watch anyhow because it is worth it, but when bored, advance to the credits for the most astounding Italian ethnic proof you need.


An Italian, Fabio Zaffagnini (see, vowel at the end) is a huge Foo Fighters fan who had the crazy idea to get the group to perform in Romangna Italy. He called his project 'Rockin' 1000.'
It took him a year to plan and gather 1000 musicians and singers together to play one of their songs, 'Learn to fly" simultaneously. And he did it masterfully! Musicians came at their own expense from all over the globe to be a part of this project. See for yourself.
Did it work? Well, there are two Italy concerts on the schedule for Foo Fighters this November so it was twice as good as hoped. Ah, the power of music.
Other famous vowel-ending Italians: Gina Lollobrigida, Leonardo DiCaprio, Mussolini (oh, scratch-a that-a one), Marconi,  Povorati... the list-a goes-a on-a and-a on-a. Also note many famous Italians are known by just one name. Many famous Italians are named Pope-a.
As Shakespeare said: What's in a name? That which we call a Rose by any other name would smell just as sweet. So now you know why so many Italian women are called Rosa. See how it works?
Posted by Jerry C at 10:47 AM No comments: Links to this post

Stupid is as Stupid Does: A lesson on Stupidity by Bertrand Russell, Forest Gump and David Krakauer


Was Forrest Gump the brightest light bulb shining or dumb as a box of rocks? You might be very surprised!

Of course, Forrest is not real but he lives in our minds as one of the most incredible human beings ever depicted. In his way, he simply and positively affected everyone he met and got his world--and theirs too--right.


"Stupidity is not simply the opposite of intelligence," says Bertrand Russell, a most respected British philosopher, logician, mathematician, historian, writer, social critic, political activist and Nobel Laurate who died in 1970 at the age of 97, "... stupidity is using a rule where adding more data doesn't improve your chances of getting (a problem) right."

In 1933, Russell wrote an essay, The Triumph of Stupidity, attributing the rise of Adolph Hitler to organized stupid and brutal people... two qualities, he noted,  "... that usually go together," which led to his most famous observations,  that the  "fundamental cause of the trouble is that in the modern world, the stupid are cocksure while the intelligent are full of doubt."

In the ceremony while accepting Harvard's ig Nobel Award,  Russell said "Some people's own incompetence somehow gives them a stupid sense that everything they do is first rate."

SO, WHAT IS THE GREATEST PROBLEM THE WORLD FACES TODAY? This clip by David Krakauer, President of the Santa Fe Institute*, is 1 minute 53 seconds long and worth every second. It answers that question wisely and critically for us and all that follow:  The greatest problem is...

Hint: it rhythms with 'cupidity,' but is much better and wiser said if you click the link above.

"A stupid man's report of what a clever man says can never be accurate because he unconsciously translates what he hears into what he can understand."

"If a man is offered a fact which goes against his instincts, he will scrutinize it closely, and unless the evidence is overwhelming, he will refuse to believe it. If, on the other hand, he is offered something which affords a reason for acting with his instincts. he will accept it even on the slightest evidence. The  origin of myths is explained this way."

"In the part of this universe, we know that there is great injustice, and often the good suffer, and often the wicked prosper, and one hardly knows which of those is the more annoying."


So, do you recognize anyone in today's world that fits this description?

Thanks to Nautilus, a web based magazine that combines science, culture and philosophy into a single issue each month on its website. That is where some of this information came from. Check it out. Nautilus also has a terrific free newsletter.

Posted by Jerry C at 10:46 PM No comments: Links to this post