The ridiculous and the sublime 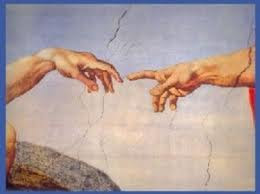 Exhibit A: In Connecticut, a man driving 80 miles an hour, hit and killed a 14-year-old boy riding a bicycle. That man, currently serving a 10 year prison term for manslaughter, is suing the deceased boy's parents for "contributory negligence." He says that because the boy was not wearing a helmet, his conviction is causing him "great mental and emotional pain and suffering."

Exhibit B: Jeff Tally, a homeless Arizona man who had just spent his last dollar, found a backpack containing a laptop computer and $3,300 in cash at a light-rail station. He took the backpack and its contents to his boss, the  manager of the Tempe Community Action Agency, which provides the city's homeless with meals and shelter, to help find the backpack's owner, which they did.  The owner, a student at Arizona State University, reported the good deed to The Arizona Republic, which ran the story. Tally, who has debts and a bank account that is $67 in the red, says he never thought of keeping the money. "It wasn't my money. I didn't earn it. I'm the one that has to lay down every day and deal with myself. If I'd done anything different that what I did, I don't know if I could handle that."

Exhibit C: A Florida man who ordered an artichoke at a restaurant is suing the restaurant because eating the entire artichoke caused him "severe abdominal pain and discomfort." He says "he had never seen or heard of (an artichoke) previously." He blames the restaurant for failing to tell him that he shouldn't eat the whole thing... only the tender inner leaves.

Exhibit D: Violet and Allen Large of Nova Scotia won $11 million in a lottery last July and they have since spent every penny... but not a cent on themselves. They donated the entire amount for various causes including their local fire department, hospitals and organizations that fight cancer, Alzheimer's and diabetes. Said Violet, age 78, who is undergoing cancer treatments, "What you've never had, you never miss." Her husband Allen says, "That money that we won was nothing. We have each other."

Exhibit E: In Wisconsin, a man watching Bristol Palin and her partner continue their advance week after week on TV's Dancing with the Stars, became so fed up that he shot the family television which precipitated a standoff with local police. According to the complaint against him, he did not think that Bristol "was a good dancer"... and, he had been drinking.

Exhibit F: When small business owner Lola Gonzalez realized that, because the company she founded (Accurate Background Checks in Ocala, Florida) and ran successfully for years was in financial straits because of the economy, she knew she would have to lay off one of her nine loyal employees. She gathered her small staff together and announced, "I want you all to know I have to lay somebody off and it's been a very difficult decision." Her staff took a deep breath... but before anyone had a chance to say anything, she continued... "And that person is me." The boss and founder had laid herself off to keep her employees working. Gonzalez says "employees are the ones who are doing the legwork." She also felt that with her background in social work, she could more easily find another job. And she did... one making about half her current salary. But, she added, "I don't need a Mercedes." Business, she reports, is picking up but, until the company is on more solid footing, she will not return... and she will see that her employees get a Christmas bonus.

Now I ask you, which of the exhibits represent the ridiculous and which the sublime in this human experience we all share?
Posted by Jerry C at 1:01 PM No comments: Links to this post 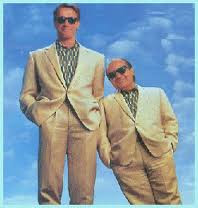 You never saw two guys looking so much alike. When Jim and Bob were together, even at 60, they still got stares wherever they went. Being identical twins has its blessings...and curses. The similarities ran deep...same gait, mannerisms, habits, cars, families (one girl, two boys), neighborhood, hobbies, etc. But at least, they hadn't worn the same clothes since mom stopped dressing them for pre-school... except when their almost identical minds came up with identical choices out of their closets.
It was Jim who got the first new Cut-Rite bench saw for his woodworking shop in the garage. "Slickest thing you ever saw, Bob...but heavier than a ton of feathers. Need your help to get it out of the pick-up and put it together."
With sweat stains discoloring their identical 'Measure twice, cut once' tee shirts, Bob said, "Let' s set this bugger up and see what she can do"... or was it Jim?
It only took an hour before Stephanie opened the garage door and hollered over the din, "What is that God-awful whine that's making the dog crazy?"
Well-satisfied with the set-up and initial test of the new saw, the brothers almost fought for the right to cut that first 2x8 into meaningless pieces. "Here... I'll hold this end and we'll do it together."
"No, stupid. That's too dangerous. Not that way... Stop it Bob... Oh Jesus!"
It only took seconds before blood discolored the saw's shiny steel top and three loose fingers were laying impossibly askew... the fourth was on the floor in a pile of sawdust.
Stephanie had the boys on the way to the ER in minutes, with the loose digits in an ice-cooled plastic bag on Jim's lap.  The brothers, broodingly reflective, didn't have what it took to point a finger at one another.
"Nurse. Prep-'em We're going to put those fingers back on." The ER was abuzz with activity as the brothers were made ready. Jim was wheeled into OR1, Bob, next door in OR2...or was it the other way around?
"Operations successful," the doctors happily reported, and Stephanie and Shari sighed almost in unison.
It wasn't till two days later that the hospital realized IT WAS the other way around-- Bob was in OR1, Bob's fingers in OR2 and visa-versa. But with identical twins, it still, amazingly worked!
When the boys and their spouses were told, it was Jim who started to laugh... from a smile to a giggle to a red-faced, almost apoplectic, 'can't-catch-your-breath' guffaw. "Well," he said with tears in his eyes after he had finally re-gained some composure, "I guess that disproves that."
"Beg your pardon?" said Bob, totally out of the loop on what was so funny.
"When we were kids, you always said,
You can pick your friends...
And you can pick you nose...
But you can't pick your friend's n..."
Before he could finish, Stephanie calmly emptied her luke-warm coffee on Jim's head and their world was back to normal...as if it ever was.
Posted by Jerry C at 11:03 AM 1 comment: Links to this post

Things that amaze me most... Part V

As I told you before, there are a number of things/events/emotions that absolutely blow-my-mind because they are so introspectively amazing and give me a deeper sense of awe. So I made a list of the things that amaze me most... some big, some small, some acts, some things... but all, in my mind, amazing.  So far:

This is a 'no-brainer.'  The day begins: 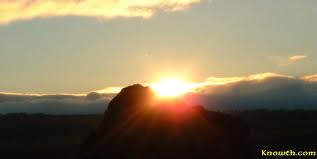 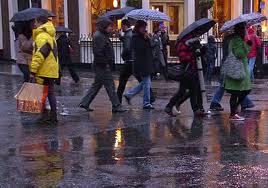 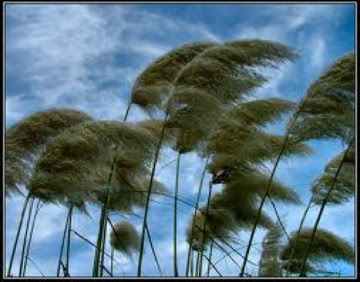 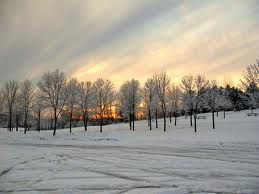 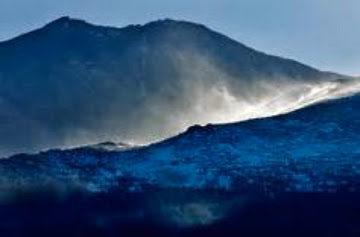 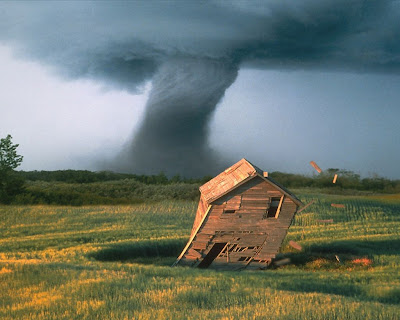 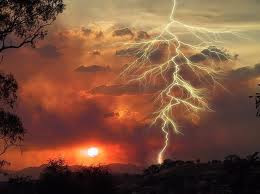 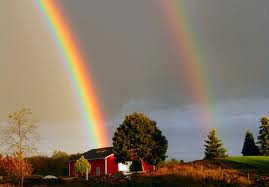 The heavens give a sense of eternity: 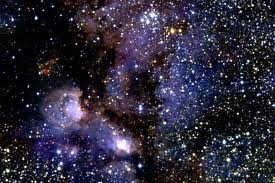 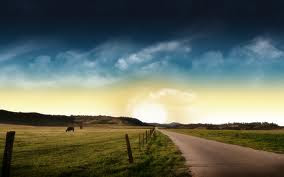