Things that amaze me most.... Part II

As I told you before, there are a number of things/events/emotions that absolutely blow-my-mind because they are so introspectively amazing and give me a deeper sense of awe. So I made a list of the things that amaze me most... some big, some small, some acts, some things... but all, in my mind, amazing. So far:

That is the scientific best guess of the number of bacteria alive on this earth at this time. 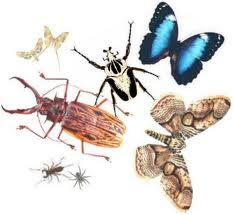 Add that to the 10 quintillion (10 followed by 18 zeros) individual insects. Doesn't that worry you just a little bit? If all of those little buggers got together, us 6.9 billion people wouldn't have much of a chance. Let's just hope that there isn't an insect Winston Churchill or George Washington or FDR to organize the charge.

Then of course, you have space. How much is 6 billion light years--the estimated breadth of our universe... which is constantly expanding? One light second is how long it takes light to travel 7 times around the Earth. One light year is 32 million light seconds... a lot farther than the out house on a frigid winter farm night.

Then you have stars which are not scattered randomly through space but gathered in galaxies. Our Sun belongs to the Milky Way Galaxy. (I didn't know that!) Astronomers estimate there are about 100 thousand million stars in the Milky Way alone... and there are millions upon millions of other galaxies. As for size, Earth is smaller than a grain of sand on the Universe Beach. Can you imagine...?

Then you have time. It is scientifically estimated that The Big Bang, which is believed to be the event that triggered the formation of our Universe, happened 13.7 billion years ago, give or take a few billion. If that time was condensed in scale to one earth year, you and I would have been born just a blink of an eye before the stroke of midnight on December 31st at 11:59:59 p.m.

Email ThisBlogThis!Share to TwitterShare to FacebookShare to Pinterest
Labels: bacteria, insects, numbers most, space, things that amaze me, time