Oh?
So who is Barnaby Conrad?

Well, it's interesting. As a 19-year-old art student attending a bullfight one summer in Mexico, he impulsively decided that he could do better than the matador. So he leaped into the ring and, using his coat, dared el toro to have a go. Best part of that story... he escaped with his life...and one teensy weensy gore... or, as they say, he lived to fight another day.

But he really did lots more... and that's the reason why I thought he was notable.

On his flight back to California, his plane crashed on the runway... but he survived, and later flew his own plane with no crashes. He lived to fight 40 more bulls (with training, this time) in Spain, Mexico and Peru and was known as El Nino de California. In his 90 years, he wrote more than 30 books and magazine articles, many on bullfighting. He was a renowned portrait painter with works hanging in the National Portrait Gallery collection and a pretty good cocktail pianist too.

He co-founded the Santa Barbara Writers Conference, was a reformed alcoholic and he befriended many, many famous authors (Sinclair Lewis, John Steinbeck, William F. Buckley Jr., Ray Bradbury, Alex Haley, James Michener, Truman Capote to name a few) and lots of other interesting people as a night club owner in San Francisco. After graduating from Yale, he went to work for the State Department and served as a young vice consul in Spain. (Thanks NYTimes for the info.)

But the one thing I can best relate to is his 1961 book, Famous Last Words, a collection of final statements of well-know people. His introduction in the book reads: "There are a few tragic and bitter ones, of course, but on the whole, after reading thousands of deathbed utterances, one is struck and comforted by how comparatively pleasant dying is reported to be. Especially when compared with other ordeals. Such as living, for example." 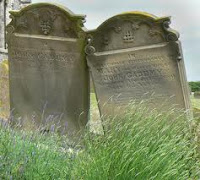 I love famous last words... spend hours--figuratively, honest--thinking of what to say other than "Holy #@%&!" if I see the headlights coming at me. Here are some of the better: