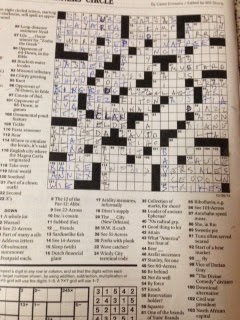 This short story was bought by Every Day Fiction a while back. It brought me $1 which, after the agent's cut and taxes, netted a tidy 63 cents... just enough for senior coffee at McDonalds, and who could ask for more. (Note to IRS: Yes, I claimed it as net revenue.) I always liked it because 23 is my favorite number (you'll see), but you'd never guess why?