Death is God's way of telling you to slow down... 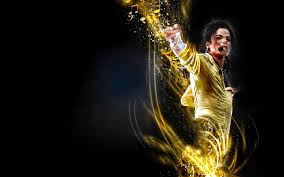 But a new technical break-
through has given you a way to beat the odds, sort of. Holograms rock... and so do the dead.

Michael Jackson has made more money being dead than most of us will ever see in our lifetimes... unless you are Donald Trump. And that number will grow dramatically thanks to the sold-out dead concerts soon, several lawsuits notwithstanding.

Since Michael died on June 25, 2009, he has made more than $2 Billion... and those who know estimate that before he is extra-dead, he could top out at $60 Billion or more, including MICHAEL JACKSON LIVE DEAD in concert! Bill Gates eat your heart out.

Side Note: Oh, sorry Bill, you are THE great example-- still alive and you keep on giving back. According to Melinda Gates who manages the Bill & Melinda Gates Foundation, $33.5 billion has already been spent  and has saved millions of lives. Even better, most of the remaining Gates' billions will be added at their deaths to save many millions more. Imagine leaving a charitable bequest that could top $100 billion. Thank you so much for all you do with your fortune.)

So how would you like to see Liberace in concert this next weekend? (Don't answer.) Well, you can, sort of. You could also see Elvis Presley, Patsy Cline, Whitney Houston, Marilyn Monroe and others who are just semi-dead... a mere technicality.

Dead celebrities have been revived in commercials for years, usually using archived footing. Fred Astaire danced with a Dirt Devil in 1997. Remember Michael Jackson at the 2014 Billboard Music Awards? (Truly amazing.) New technology now can bring them back even more unbelievably in three dimensions for new performances before live audiences.

One trick is fusing a computer-generated animation of the dead celebrity's head onto a body double. Are you listening Ted Williams? Those most usable deceased would be those who left lots of archived footage. Bing Crosby is the poster boy here... he pitched everything from Chesterfield cigarettes to Kraft cheese. Here's to your health, Bing. Oh, never mind.

There is even talk of a second life for Andy Warhol who died in 1987 and maybe even Lassie (though there were five Lassies... and all of them female impersonators and they all looked exactly alike.) The important thing though, is Timmy was rescued from the well.

One of the most impressive "live" performances can be seen at the Abraham Lincoln Presidential Library and Museum in Springfield, Illinois. Having been to 10 presidential libraries, this is a 'must see' for a lot of reasons. Just be wary, what you see may not be what you think you see.