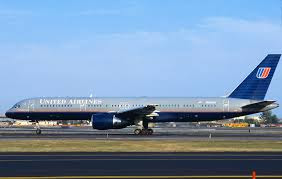 Remember where you were that day, 9/11, when you first heard?

This is United Airlines' tail number N591UA on the Newark runway heading to San Francisco that terrible day. This is the aircraft terrorists took down near Shanksville, PA. This plane was aimed at the Capitol Building in Washington D.C. just 18 flight minutes away, where Congress was in full session. This is the plane that those on board saved the lives of many more at the cost of their own.


Of the four aircraft Al Quada hijacked that day and the many heros that came forward, United 93 was the only plane where those heros were able to effect a change in the terrorist's plan. United 93 was 29 minutes late departing and the passengers on board learned what had already happened that morning. When their plane changed course, they knew they were part of that same plan.

There were 40 in all--33 passengers and 7 crew-- excluding the hijackers. For the last 25 minutes of their lives, all knew their probable fate. All died as the plane, inverted, slammed into the Pennsylvania hillside at 563 mph. The 45 degree angle of impact assured there would virtually be nothing left.

Visiting the just completed National Memorial's Visitors Center tells the sad tale more completely than is comfortable. It tells the individual story of each victim, who they were, how they lived and why they came to be on that flight. It shows where they sat and for some, how they responded. You can listen to some of those  phone calls those last minutes and voices captured in the cockpit. You will cry. It tells how they were able to do something that saved the Capitol and so many of those in it.

Unlike the nearly 3,000 who lost their lives at the World Trade Center and Pentagon, there is more to tell of these 40 because they knew and had time to act. You hear recorded testimony of their planings in the face of an impossible situation. We can sense their emotions as the scenario is played out.

At the point of impact, there was virtually nothing left of anybody or anything. Diligent forensic work identified every victim by DNA testing. All remain interred at the site which has been over-planted with flowers and grasses natural to the area. It has been fenced as a grave-site open only to family and friends. All are individually immortalized as part of a Memorial Wall that guards the site itself.

Remarkably, one small fragment of a credit card was traced back to one of the hijackers and tied to a money trail leading to new information.

The displays there relived, in most interesting fashion, that whole, infamous day as it unfolded. Seeing it all 14 years later is profound. The story of United Flight 93 and its victims is as good as it can be told. The legacy of those that flight might have inspired others to fight back against terrorists.

This newest memorial, a National Park site, is most visit-worthy and a fitting tribute to those aboard who made an incredible critical difference.

BLOG INSIDER TIP: If you haven't clicked on the link highlighted in the 4th paragraph above, do it now for a nice new review of what you'll see there.