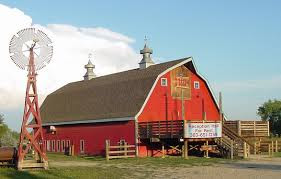 Paul had lost his precious heirloom pocket watch... the family treasure his father gave him; the one his dad got from his father; the one that would go to his son someday... now lost.

Paul had been working all day in the barn, sweaty and tired when he reached in his pocket in hopes suppertime was near.

BUT IT WAS GONE! He quickly searched all his other pockets. His watch was gone, lost somewhere in the barn, sometime during the day. 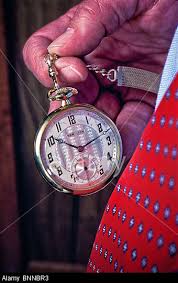 The whole family was called to the search. They scrambled, they raised dust, they searched and shouted back and forth.  "Where do you THINK you may have lost it?" they asked.

"If you THINK I know that, wouldn't you THINK I would be looking there?" he hollered back in sarcastic desperation.

Anxious panic was the order of the search as everything that wasn't attached was moved, turned over or rolled away in hopes the watch was waiting there. Pitchforks cautiously turned over every shock of hay. Animals were moved here, then there, to great discord. Hens' nests were examined but only turned up eggs.

After what seemed like hours, mom called a stop. "Let's quit for the day. It's past suppertime and we are all dirty, tired, frustrated and hungry. We'll look again tomorrow."

"Now Paul, it's somewhere. We'll find it," mom promised in a hopeful tone. "Where is Mary?"

The screen door banged shut and Paul turned to admonish his 5-year-old daughter.

"Mary, how many times have I told you not to slam... " But Paul stopped short.

With a big smile on her face, Mary was dangling the precious watch on its chain.

Everyone rose and cheered. "But where," Paul asked, "and how did you find it?"

"After everyone left," Mary explained, "the dust settled and the animals quieted, I sat on that hay bale in the center of the barn and listened real hard. Then I heard a tiny tick-tocking near the chicken feed. You know that space beside the post...  the one that drops into that split in the floor? That's where it was hiding."

Mary listened, because she could. She just listened.

Don't you sometimes wonder what we might learn if we just listened more instead of thinking about what we are going to say when it is our turn to talk? We might actually remember the name of the person we were just introduced to.

In today's world, everyone talks all the time. Social media demands it and we all have something vitally important to say it seems.  We are bombarded by commercials telling us things we choose to tune out. Ordinary conversations carry on with one response overlapping the other. Politicians incite us with no chance to respond other than "Well that's for sure," or "Gimmie a break!" Forced listening creates a habit of accepting coercion without thought.

Where is the intelligence in all of that? Well programed robots are ruling the world... and we are becoming them.

I like to listen. I have learned a great deal from listening carefully.
Most people never listen.
Ernest Hemingway


One advantage in talking to yourself is that you know
at least somebody's listening.
Franklin P. Jones


One of the most sincere forms of respect is
actually listening to what another has to say.
Bryant H. McGill


Listening is a positive act: you have to put yourself out to do it.
David Hockney

Congress is so strange. A man gets up to speak and says nothing,
nobody listens then everybody disagrees.
Will Rogers

A good listener is a good talker with a sore throat.
Katherine Whitehorn

Make sure you have finished speaking
before your audience has finished listening.
Dorothy Sarnoff

History repeats itself because no one listened the first time.
Anonymous

If a tree falls in the forest and no one is around to hear it,
does it make a noise?
Nothing happens if we don't listen 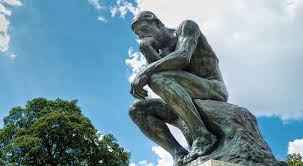 Email ThisBlogThis!Share to TwitterShare to FacebookShare to Pinterest
Labels: listening