If the Cubs win the World Series, will hell freeze over? Maybe... just maybe! 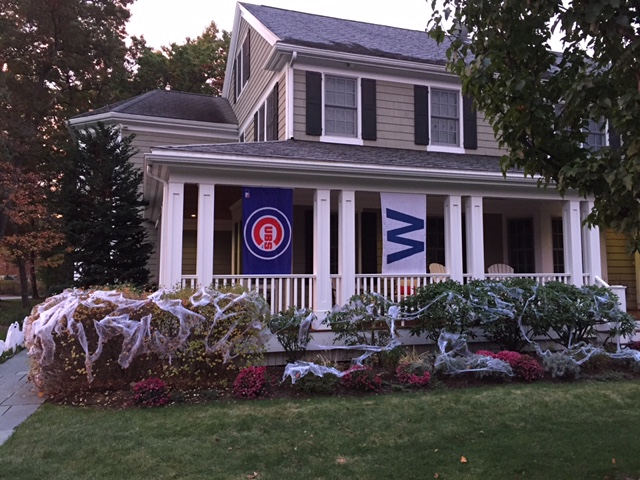 I've been a Chicago Cubs fan all my life... just one of millions. We live... and die for the Cubbies. But if they win, do we go to heaven? Non-scientific evidence suggests we may not!

There lives a 110-year-old lady who may be the only one alive when the Cubs last won the World Series. She was just two at the time and has suffered 108 years--a lifetime-- of bitter Cub disappointments... a living hell! Now, if the Cubs win, it may spoil everything for her, and all of us.

Buddah says "Life is suffering," to which Cub fans say "Tell us something we don't know." As one writer says, "All religions, to some extent, understand the value of suffering to be 'worthy' of the promised land.

A rabbi columnist for the Jerusalem Post hailed the Cubs as "the Jews of the sports world," an idea seconded by U.S. Jewish ambassador, Ron Dermer at a Cub game this year.

There are yarmulkes and caps spelling "Cubs" in Hebrew.  And a Hebrew language T-shirt asking "What did Jesus say to he Cubs? Don't do nothin' til I get back."

Well, it could be happening, but down 3 games to 2 at this writing, and going into the 40-year desert of the enemy, we may yet be saved. However, if the Cubs win and we are fulfilled on earth, where will our eternity be. Has all of our suffering triggered an theological apocalypse with God asking "But what have you done for me lately?"

John Sexton, an NYU law professor and theologian wrote "Baseball as a Road to God." But heaven-forbid we spoil it all with a giant W hanging over Wrigley Field or at Jeff's house.

Rabbi Arnold Kantor, in his annual remarks at Yom Kippur services at Jewish Reconstructionist Congregation in Evanston, Illinois sounded depressed at the prospect of the Cubs finally winning the world Series. "We Jews are not happy when we're happy. We need something to kvetch about. Forty years we walked in the desert. For what" To become the damn Yankees."

Aw, it's ok Cubs. As Adrian whispered to Rocky Balboa as he was coming out of a coma and promising to give up boxing, "Win. WIN! WIN!!!" So I'll take the chance.