PLAY IT BACKWARD: A lesson for the times 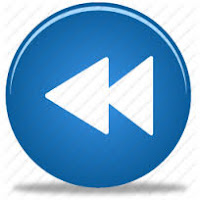 "Playing it Forward" is a humankind practice of doing something nice for the sake of doing something nice... just because. It could be something like paying the toll of the car behind you or digging for 25 cents when the stranger in front hasn't the right change, buying the lunch for an elderly couple in a restaurant, a military family, etc. and leaving before they even know what you did. But sometimes, 'Playing it Backward' teaches a richer lesson.

A young mother with two kids in the car pulled into a McDonald's drive thru and noticed another like herself with kids in the car behind her. In her rear view mirror she observed the mother behind pointing to her "I'm with Hillary" bumper sticker from the past political campaign. She then saw mom and kids laughing and pointing at her car.

Feeling somewhat raw, she did the only thing left in her bag of options... she paid for her meal and the meal of those in the car behind and drove on without a whimper or second thought.

Now really, I am not trying to be political, because this scenario could have played out in an opposite way somewhere. But the point is, sometimes when given a chance to take the high road, TAKE IT and make the world just a few persons better.

Many years ago sister was driving to a BIG WAREHOUSE SALE  (her thing) in a warehouse-type area in San Francisco and while waiting at a red light, a young, scary-looking individual in a beat-up car stopped beside her in the other lane. Feeling uneasy, she very casually reached over her lap and hit the 'lock' button on her arm rest. CLICK! All the locks depressed making that funny little noise.

The scary-looking young man in his car looked at her and smiled, then with a flourish of movement, he theatrically reached across his body and depressed his lock. They both laughed as they waited for the light to change. Here's this lesson,  beautifully told forward and backward.

You gotta say, that was a "Playing it Backward" kind of moment too, when action and reaction happen with full awareness.

In a world when there is far too much gnashing of teeth and seething anger, there is both a great and subtle need for a kinder, better way. This political campaign lasted 600 days--really! Twenty months--of the worst-of-us calling the other worst-of us-every name in the book. We weren't put on this earth to hate one another, but sometimes, you would have a hard time proving it.

This happened to me at a fast food restaurant not too long ago. I was behind a man ordering breakfast for his family. The final tally was more than he had in his pocket, he told the person behind the counter. "I'll be right back" he said.  "I left my wallet in the car."

I watched as he ran out the door, got into his older car with wife and kids and drove away, obviously not having the money to spend. The bag of food still sitting on the counter was sad testimony to a need unfilled, an opportunity missed.

I felt really bad when I recognized what had happened too late, and it was a blown chance to positively effect a better outcome. But those moments are there sometimes. Pay attention and have empathy for those who need it.

At an outlet mall last week with my daughter and her family, I watched as she bought 25 inexpensive high-bouncing rubber balls in a variety of colors and designs. She put them all in a cloth bag with handles and gave them to my 6-year-old grandson. He spent the afternoon handing them out to any child near his age that passed us by. It was win-win in the act of kindness department and a good teaching moment. This has become a tradition with them... just a nice thing to do that rewards all involved.

It's sometimes not easy to recognize an opportunity to play it forward or backward or even whatever we call it,  but it's never a bad idea to always be ready to be kind and maybe make someone's day. Sometimes just a smile or friendly word or innocent action carries more significance that we can see.

I do know we individually only have control of one person on this earth... and that person is you. Do something special for at least one person.

But can't we all try more? We really need this.

Email ThisBlogThis!Share to TwitterShare to FacebookShare to Pinterest
Labels: Play it forward, Rafa