About rich dead people, space, God and the genius of advertising 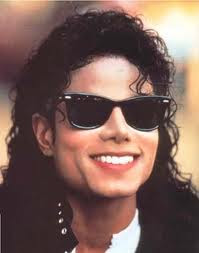 Forbes Magazine has done it again! In it's annual survey of the 400 richest people, it also gave us the top dead earners, and to no one's surprise, Michael Jackson again led the list.

Last year, dead, he still managed to squeeze out $170 million. How does he do it when so many still can't get a job... and they aren't dead! He's Michael Jackson, for god's sake, that's how.

Our Milky Way galaxy has surprised us again. We now know with scientific certainty that our sky holds at least 100 billion planets, many of which, it is reasonably believed, can sustain life. So it is entirely possible, say those who theorize, that there is... or has been life, maybe like ours--give or take better or worse. Well, admit it... Superman HAD to come from someplace.

More mind-boggling to me is that, in nearly 14 billion years since the big bang, other worlds like ours may have already come and gone... like Krypton. Well, who can say we aren't as sophisticated and advanced as any of those. After all, we are increasingly advancing in so many ways that today, it would be really easy for just a few to destroy us all... and we're getting better at it all the time. Now THAT'S progress.

I don't know who will be our next President, but I do know that, according to Rick Perry, Herman Cain, Michele Bachmann and Rick Santorum, they were all told by God to "Go for it." Makes you feel sorry for Mitt and Newt, doesn't it? Isn't that kind of like both teams praying for victory before the big game though? And how come God isn't a Cub fan? Could it be that God is also a practical joker who enjoys giving a good "hot foot" just like the rest of us? "Ow!" say Rick and Herman and Michele and Rick.

Air New Zealand came up with a unique advertising campaign a while back. They recruited 30 people to be "cranial billboards." All these folks had to do was shave their heads and have New Zealand slogans tattooed where everyone couldn't help but notice. So if you passed a sharply dressed bald man or woman with "Need A Change? Head Down to New Zealand," tattoo, you have been solicited. The living billboards were paid with airline tickets.

A British on-line beauty products store recruited 10 men and women to apply temporary tattoos with the company's Web address on their eyelids and then wink at strangers. They were paid, at the time, about 10 pence a wink ( $150) for their work.

This all started about 10 years ago when an on line gambling site paid a middleweight boxer to wear a temporary tattoo promoting its web site as he was pounded on it's "Hit me again" logo.

I guess that's how the "I'm with stupid--->" tee-shirts came about. Just call me "Stupid" I guess because I've got this natural bald head and no endorsements. What a waste. I was thinking... "Hmm, maybe Target has a trademark for me."