What is a comedian's most important asseTIMING! 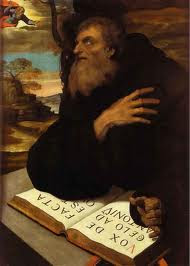 In life, as in comedy, timing is everything.

A costumed attendant working in the Canterbury Cathedral in Kent, England was approached by two tourists. "Are you a monk?" one of the women asked.

"No," he explained, "I wear this robe as part of my job but I’m not a member of any religious order."

"Then where are the monks?" asked the woman.

Hearing this, the woman looked at her watch and announced to her friend, "Betty, we missed the monks."

As the world speeds up, the pressure to act faster is pushing us all. Today, right or wrong, Twitter is the fastest way to reach anybody/everybody... and that is dangerous... unless we stick with known facts: #jones eating bacon & eggs NOW!, #roberto23 mmmm!

The Internet and social media push our "Fast" button. The news media--and you and me--have to be first, even if wrong. The Internet is always right, right? (A giant alligator consumed a Clydesdale horse, hooves and all, and the horse was found, still alive, in the dead gator's stomach. The photo proves it.)

Even the newly confirmed Higgs boson particle, which physicists say changes EVERYTHING we know about the universe, is faster. It exists only for a billionth of a billionth of a millionth of a second! Hypothetical question: If a Higgs bosun particle is drowning, how long does it take for its entire life to flash before it?)

Malcolm Gladwell said in his bestseller Blink, first impressions are often right. But sometimes they are painfully wrong. A man I respect once told me, "If anyone ever asks for a decision now or never, choose never as the best answer of the moment."

Here's a 500-word story I wrote a while ago that speaks to timing. I kinda like it:

“A time machine?” Ray never really believed in stuff like that. “Get outta here, you crazy old fart!” And with that, the bummie in the train station walked away.

“Geeze. Never heard that one before.” Sometimes Ray had more patience. He even liked to ‘pull their chain,’ once in a while.  But when you just miss your train, you aren’t the same person for a minute or so. And Ray just hated to be late for anything.

“You live in this city all your life and nothing surprises you anymore. A time machine…” he smiled as his mind was already focusing on the next train to Grand Central.

There was a big commotion on the corner as Ray walked up to 42nd Street… late. People were yelling and screaming… fist fights… police cars all over the place. “What’s going on,” Ray asked a man in a business suit with one sleeve ripped almost off as he ran past, giddy with delight.

“Some nutso over there was throwing out hundred-dollar bills by the bushel basket!” he hollered, holding up his fist full of money.  “I grabbed mine before some broad pushed me down me chasing her own c-notes!”

“Damn! Ten minutes earlier. I’d have been right there… if I hadn’t missed my train.”

Ray almost never missed the 6:46, but the very next day, when he stopped to sip his coffee instead of slopping it down the front of his fresh white shirt, the doors closed in his face.

“This is getting to be a habit.”

On 42nd  …finally, through the crowd, he saw the back of Madonna’s head as she got into her limo with some guy. When Ray heard she was looking for her biggest fan on the street to take on-stage that night for a special song she wrote, he shook his head. No one was a bigger Madonna fan than Ray. Knew the words to every song she ever wrote, sang or danced to. That should have been him.

Ray was five minutes early the next day. He wasn’t going to miss his 6:46 and let life pass him by again. “You let grass grow under your feet and you miss all the stuff that coulda been yours. Not today!” he vowed. “Not today.”

And he was right.

An ambulance and three police cars were screaming to the scene. “What’s going on?” asked a woman who was late arriving because she had just missed the 6:46.

“Guy just got crushed by a piano that flew off that truck when it was smashed by a semi. Poor bastard! He was just in the wrong place at the wrong time.”

The purpose of this post? I just thought it was time.