What five-letter word becomes shorter when you add two letters to it? 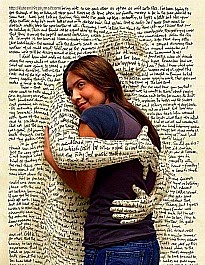 WORDS... you gotta love 'em because how else could we say stuff?

I know, very lame, but if you love to read and write, you can easily fall in love with the perfect words when you see them.

There is an award-winning documentary, Wordplay , that features NYTimes crossword puzzle editor Will Shortz on their making and solving. Lotta fun if you love words, even if you can't work those NYTimes weekend puzzles.

The Washington Post (thank you for the photo use)  has an annual word contest for the best made-up definitions to real words. This year's winners included:

– Coffee (n.), the person upon whom one coughs.
– Esplanade (v.), to attempt an explanation while drunk.
– Negligent (adj.), describes a condition in which you absentmindedly answer the door in your nightgown.
– Lymph (v.), to walk with a lisp.
– Flatulence (n.) emergency vehicle that picks you up after you are run over by a steamroller.
– Frisbeetarianism (n.), The belief that, when you die, your soul flies up onto the roof and gets stuck there.

This year, 5,000 new words made it into the Official Scrabble Players Dictionary... words like Qajaq, a palindrome full of big score letters (a kayak, as if you didn't know) and ayaya (a type of singing, but everyone knows that) and qulliq, which is, of course, obvious, right?

And BTW, there is now a Scrabble-playing robot that not only can beat you but talks smack. "I am the current king of Scrabble, Victor the Mechanical Marvel. That's Victor the brilliant for short." When losing, he could say, "If I had a dollar for every good word I played, I would still hate you."

Great! That's just what this world needs, a robot jerk.

Everyone knows Salonpas, Topiaz, Xarelto, Prolia, Xeljan, Fluticasone, Bremabecestat, Gedatolisib, Lulumab pegol, Nexbolizumab Uprosertib Orilotimod, etc... the names you see in the drug aisle of any pharmacy and in many television commercials. These are all made-up names courtesy of the manufacturer... and they have to follow all the rules of drug made-up names. Can you believe doctors have to know all this stuff?

Great words are used in pick-up lines: "If I told you that you had a beautiful body, would you hold it against me?" and "I must be Lightning McQueen 'cause you've got my heart racing."

But the best words are the clever ones. British politician Michael Foot was put in charge of a nuclear-disarmament committee and the news item carried the headline: "Foot Heads Arms Body" 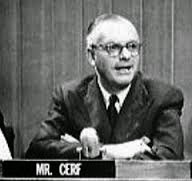 Bennett Cerf, a pretty sharp critic and poet from the early days of television,  was always noted for great word use:

Mary had a swarm of bees
And they, to save their lives,
Went everywhere that Mary went,
'Cause Mary had the hives.

Schubert had a horse named Sarah
He took her to a big parade
And all the while the band was playing
Schubert's Sarah neighed.

Shake and shake the catsup bottle
None'll come, and then alot'll