ABSOLUTE PROOF: Dogs go to heaven... but what about cats?


As all good Catholics know,  Popes are infallible on matters of faith. If the Pope says it, God has a rubber stamp on His paperwork that says "OK by Me."

Ergo (I always wanted to use that word in a sentence), Pope Francis and Pope Paul VI both said dogs go to heaven. So they do.

“Paradise is open to all of God’s creatures," Pope Francis said.

“One day we will see our pets in the eternity of Christ,” Pope Paul VI told a disconsolate boy in 1978.

Billy Graham, when asked by a little girl whose dog had died that week whether her pet would be in Heaven, replied, “If it would make you any happier, then yes, he will be." He later explained "God will prepare everything for our perfect happiness in heaven, and if it takes my dog being there, I believe he'll be there."

"But, you say, "Is that all there is?" (From another fabulous song by Peggy Lee as in my last post. Do yourself a favor and watch her sing it.)

Oh, there is more, much more proof: Author Mitch Albom who has written a number of 'best sellers' including The Five People You Meet in Heaven and his latest, The First Phone Call from Heaven should know if anyone does... but don't take his word for it.

I got the SECOND phone call from heaven. Yes, it was from God. 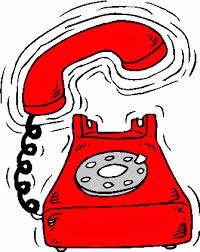 "Oh, hi God. This is really a surprise."

"Well, if my guy, Pope Francis calls regular people, so can I. By the way Jerry..."

Then I heard all this barking in the background and could barely hear God.

"SHUT UP DOGS, I'M ON THE LAND LINE (of course) WITH JERRY!"

And it became instantly quiet.

"No problemo, Jerry. If I can part the Red Sea, I can surely train these billions of dogs up here with a clicker. I will say though, it took longer than I thought. Where is Cesar Milan when I need him?"

"I thought he died just recently."

"Don't believe everything see on the internet, My son."

"So there ARE dogs in heaven, right?"

"May I say 'Hi' to Snert and Hagar and Gretchen and Alix?"

"You want to do it personally?

"Hey Jerry, I gotta run now. It's my turn in Stratego. I'm playing Julius Caeser, Napoleon, McArther and Alexander the Great. Bonaparte is cheating, but we all know it and there is a lot of kidding going on. Just wanted to say 'Hi'."

"Oh, sure, but I gave them even free-er will so not even God knows... I mean I don't even know what goes on in that brain of theirs. See ya later, Jerry."

So, straight from The Horse's mouth, so to speak, great news for those of you who have experienced one too many sad trips to the Rainbow Bridge, we'll all be together soon enough. Hmmm, I wonder if God lets Alix on His couch?