I interrupt this blog to salute an American hero... 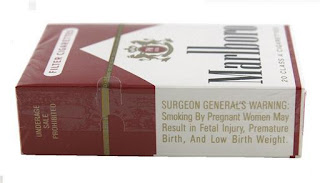 ... An American hero and proudly, I say, my friend and former business partner. I'm guessing you don't know Warren Braren but he has positively affected your life... and millions of others too. Please read my testimony below, after his obituary.

His impact was significant enough to earn a prestigious multi-column obit in the New York Times with a picture THIS BIG. This is real American history with our friend Warren as Paul Revere. Read it carefully to appreciate how difficult what we take for granted was then and how far-ranging Braren's efforts were, from taming the cigarette industry to how toys are marketed on television today. It took bravery and perseverance but that's just the kind of person he was. Here, in large part, is that New York Times obituary:

Warren Braren... "is a reformed smoker who helped trigger a congressional ban on tobacco advertising on television and radio in 1970 by blowing the whistle on broadcasters’ lax self-regulation, died on Thursday at his home in New Milford, Conn. He was 82.

Richard Kluger, whose book “Ashes to Ashes: America’s Hundred-Year Cigarette War, the Public Health and the Unabashed Triumph of Philip Morris” won a Pulitzer Prize in 1997, said in an email that Mr. Braren “was among a number of unheralded figures who stood up to the tobacco industry at the time it was perhaps the wealthiest and certainly the deadliest practitioner of unregulated American capitalism."

Mr. Braren had managed the New York office of the National Association of Broadcasters’ Advertising Code Authority and been recently fired from the job when he accused the group’s president, Vincent T. Wasilewski, of lying to a House committee about the association’s attempts to regulate cigarette advertising.

Mr. Wasilewski had told the committee that an association watchdog group was closely monitoring cigarette commercials to make sure they complied with the industry’s self-imposed restrictions on pandering to young people. Mr. Braren, testifying later before the same committee, gave a different account.

“In the most candid terms, Congress and the public have been misled as to the real nature of the broadcast self-regulatory program on cigarette commercials,” Mr. Braren said.

He continued: “They have been told that an active and effective self-regulation program exists. In reality it is virtually nonexistent,” adding that it had not been functioning for more than a year, when “broadcast self-regulation became synonymous with trade association lobbying.”

“While efforts were made at one time by the Code Authority to play a significant role in dealing with the content of cigarette advertising,” Mr. Braren said, “these efforts have failed.”

His testimony touched off months of jockeying by tobacco industry lobbyists, whose executives proposed various compromises before finally yielding to a total ban, seeing it as inevitable....
After he left the Code Authority, he continued his criticism of the broadcasters (“Truth to them is a business truth — one of economics,” he said) as executive director of the National Citizens Committee for Broadcasting, an independent watchdog group.

He later became executive director of Consumers Union, where he urged that commercials on children’s TV shows that condition them “to buy irrationally and impulsively” be banned. He was also marketing director for Times Mirror magazines and an independent media consultant. [I was his partner in this phase of our careers.]

While working for the Code Authority, Mr. Braren said, he had been frustrated trying to enforce the broadcasters’ advertising code and was finally driven to blow the whistle by Mr. Wasilewski’s public testimony. The House committee agreed to reopen its hearings to accommodate him. He also made available a confidential analysis by the authority’s staff of all 372 radio and TV advertisements for cigarettes being broadcast in 1966.

“For the first time broadcasting is confronted with the dilemma of accepting advertising for a product which, through normal and obviously popular use, is potentially if not necessarily capable of inflicting irreparable harm upon the user’s health,” Mr. Braren wrote in the analysis.

The analysis found that “smoking is made to appear universally acceptable, attractive and desirable,” that “the adult world depicted in cigarette advertising very often is a world to which the adolescent aspires,” and that “the cowboy and the steelworker are symbols of a mature masculinity toward which he strives.”

The staff’s recommendations to rule out sports settings, hero images and even depictions of smoking in ads went nowhere, Mr. Braren said.

The broadcasters’ advertising code was originally adopted to fend off further federal regulation after a 1964 report by the surgeon general declared cigarette smoking a health hazard, barred advertising clearly appealing to buyers under 21 and said that ads “shall not represent that cigarette smoking is essential to social prominence, distinction, success or sexual attraction.”

Mr. Braren acknowledged that he had been fired shortly before he testified, prompting some defenders of the tobacco industry to dismiss him as a disgruntled former employee. In the House, the chief response to his testimony was a vote to raise the health warning on cigarettes from “hazardous” to “dangerous.”

The Senate was less forgiving of the industry. Broadcasters, who feared a total ban, suggested that cigarette advertising be phased out over several years. But a House-Senate conference committee, meeting in March 1970, agreed on a complete ban that would go into effect on Jan. 2, 1971, and Congress passed it — while prohibiting mandatory health warnings in nonbroadcast media.

In the end, tobacco executives, seeking to stave off stricter regulations, decided that ceasing broadcast commercials would do more harm to potential new competitors than to established brands and accepted the ban, stunning their critics. The industry shifted the focus of advertising to printed publications and popular sponsorships and promotions.

The congressional ban took effect at the end of the day on Jan. 1, 1971 — after the big college football bowl games, and a 90-second Marlboro commercial that concluded with four cowboys galloping into the sunset for the last time.

Now about the Warren I knew: What really made him a treasured friend is that he was sincere and persevering, a modest man, kind and incredibly interesting with strong family ties to the circus world and stories to match. And he had a wonderful spouse in Bodil, who survives him. She was his most charming, interesting, inventive wife with a dynamic career to match his. Between the two they had a household of warmth, the arts and good taste. The couple's pursuits broadly followed those interests. Their benevolence extended far. They shared wisdom and broad accomplishment. What a pleasure to know them both. What a loss to lose Warren. My sincere sympathy to Bodil.