The Red Velvet Rope of life 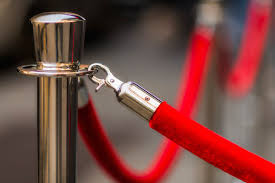 But even if there are no red velvet ropes beyond nightclubs or the Oscars and the like, they exist metaphorically in almost every phase of our lives, invisible like Wonder Woman's plane (see invisible plane, left) or her lasso, but they are there.

My thought was triggered by Nelson Schwartz who has a book soon to debut on who and how we separate the elite of the world from us less special other folks. Our every day lives are filled with red velvet ropes of one kind or another. Most are so prevalent that we just accept them as a normal part of not being either elite or rich.

The medical field has many red velvet ropes. These on the inside do not sit in emergency rooms or doctors' offices til 3:30 waiting for their 2 pm appointment. Often, their doctors are on call and come to them.  Those inside the rope deliver their babies in $6,000/day hospital suites attended by cream of the crop medical care, often referred as high-end boutique health services. We sometimes deliver in the back seat of a cab. Their broken bones are not diagnosed in emergency rooms and set by the surgeon with an opening in her schedule. Treatment options? Not hardly.

In our justice system, most pretrial detainees remain in jail waiting trial because they can't afford bail at arraignment, and many must use overwhelmed court appointed council. Not surprisingly, this often means disproportionately delivered justice... something on the order of the Golden State Warriors playing a high school basketball team. It also leads sadly to the innocent being convicted for crimes they never committed. And those on the other side of the rope, being acquitted for crimes they did commit. Hey, it happens.

Who stands in long lines for rides at Disney World or doesn't swim with dolphins at Sea World? Who has little hope snagging a pair of tickets to Hamilton when it's the talk of the town? Care to jump airport lines? Too bad. Go to college at today's prices? The odds are not great for many on the wrong side of the red velvet rope.

Life's like that though and many of us are so used to our status that we accept the rope as a way of life. But to those who can't afford the opportunity, it's another way entirely.

Funny thing is, some of the privileged confess they actually experience a tinge of guilt when they glance across the red velvet rope.  There is nothing wrong about earning honest money. It's just that so many are critically behind those opportunity lines for any number of reasons. It might even be a matter of life or death for them.

Oh, there are exceptions of course. Remember the crucifixion scene in Monty Python's classic film, The Life of Brian? Those poorly born actually had the option to choose which side of the red velvet rope for them: "Crucifixion or freedom?" But given the choice, they messed it up. See what I mean? 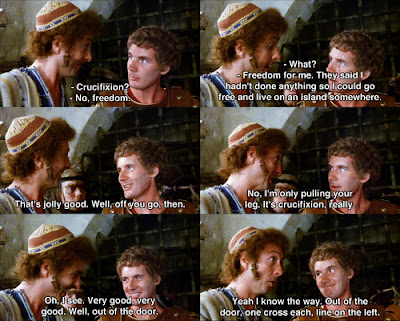 So a big thank you to the Bill Gates, Warren Buffett and all those with a philanthropic mentality who try to help those in great need. But the need overwhelms us all.