An awful lot about not much... but interesting


Fake news test: Which is real, which is not.


Bulgaria is the only country whose name ends in "ulgalia."

FYI: Bulgaria is one of the few exotic nations of Europe. I boasts sublime beaches, lovely churches, winter sports and great hiking. It has traditionally not been regularly visited by Westerners but is gaining in popularity with its beauties and wide range of activities.

Even after grants and scholarships, the typical family making less than $30,000/year needs to pay 77% of its income to cover the costs of a four-year public college.

When escalators first appeared, they had escalator men who would ride with passengers similar to elevators who had elevator men working in them.

***
Three billion light years away (186,000 miles per second x all the seconds in three billion years) the merger of two black holes--one 19 times more mass than our sun and one 31 times--released more energy in the form of gravitational waves than all the stars in our observable universe.

Absolutely true... and utterly mind-blowing, even if I understood it.

***
An Ohio woman, impatiently awaiting her son's slow haircut at a local barber college, whipped out a pistol and pointing it at the young barber, warned him to hurry, "I've got two clips! I'll pop you!" So he did. 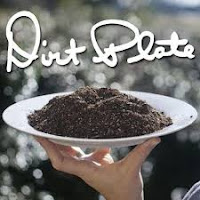 La Plat Sal (The Dirty Plate) Parisian restaurant offers four-star recipes featuring dirt... or as its' chefs call it, "the mud of the earth that caresses our toes, the sand kissed by the sun, and rocks." And no, the prices are not down to earth. It's Paris.

A child born into a high-income family is six-times as likely to earn a college degree as one who is poor.


***
There are more than 50 words in Gaelic relating to seaweed.


***
Prehistoric cave paintings suggest that early man was most interested in primitive art.

"Adam and Eve on a Raft" is what breakfast joints call bacon and eggs on toast. "Wreck 'em" means scrambled.

True... with a cuppa joe

Adam and Eve populated our world.

Hmm... true, the bible tells me so... unless you don't think it happened that way, then false... or will you be sorry later?

FYI: Could two people actually repopulate the world today? Here's a good take on that.


SO HERE'S THE DEAL... what separates real from fake news is often what we choose to believe which is often shaped by who tells us that. And in today's incredibly broad social media world, anyone can say anything... absolutely anything... and there will ALWAYS be someone to pass it on as if it came from God him/herself.

But remember Absolute Rule No. 1: if you believes something that isn't true, believing it still doesn't make it true. And that's a fact. Smart means double checking or find another source for anything that has a smell to it.