A year in time 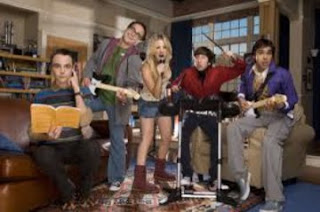 Ever watch The Big Bang Theory on CBS TV? It's a popular sit-com about two weird and nerdy Caltech geniuses, Seldon and Leonard, who share an apartment right across the hall from Penny, an attractive blond waitress/aspiring actress. The show, now in its 3rd year, has added a few more characters and is really funny (my opinion... and I am a genius at funny, obscure and inane things).

I was originally 'taken' by the way the show introduced itself, with perhaps 30 rapid-fire images starting with the Big Bang that created the universe then flashing through time and space, creation of earth and evolution of plants and animals, dinosaurs, man and  recorded history, up to the show's main actors in present day. The intro takes about 15 seconds and is really well put-together.

That scenario of creation to present day, as fantastic as it is to watch,  just isn't as dramatic as astronomer Carl Sagan's cosmic calendar. (An awe-inspiring work.)

The universe is 13.7 billion years old, give or take a few billion years, so Sagan showed the chronology of events if time, from then to now, was represented in the scale of one earth year? 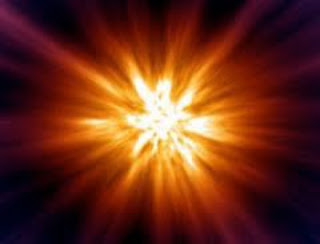 Well, the Big Bang that started... er, everything, occurred in the absolute first tick of January 1... and immediately after that instant... a billionth of a trillionth of a second to be precise, the universe 'happened.' (Don't ask me... I didn't make that up. That is really what astronomers concur.)

In that context, the Milky Way Galaxy appeared on May 1st and our planet showed up on September 14th. Mammals on earth arrived Dec. 26th. Prehistoric man? Well, he didn't come along until 10:30 pm. on December 31st... the Peking Man, the first to use fire, at 11:46 pm. The invention of the alphabet happened at 11:59:51 pm... and a blink of an eye before year's end, you and I were born.

So I guess I have to ask: what insignificant pip-squeaks are we to think that we are the center of the universe? We barely made it in the door. In fact, we are less than a millisecond of its existence. Hey! It's not bad to be humbled. It adds a perspective.

But perspective is a funny thing. That millisecond is a lifetime to us... but compared to the mayfly, which might live to a ripe old age of perhaps two days, we are Kings of The Universe.