Valentine's Day Special: That's Amore... or is it? 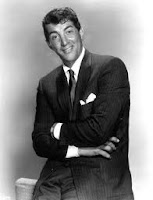 So you think Dean Martin's song is all that can be said about amore? Well wrong, wrong, wrong.

Actually, the song was Dean Martin's signature song dating back to 1952. Wikipedia explains Amore (pronounced somewhat as AA-MAW-REH) means "love" in Italian, giving a general translation in English "that's love" (as if we didn't know). It first appeared in the soundtrack of the Martin and Lewis comedy film The Caddy, released by Paramount Pictures on August 10, 1953.

It received a nomination for the Academy Award for Best Original Song of that year, but it lost to "Secret Love" from Calamity Jane starring Doris Day. (Secret: growing up years and years ago, Doris Day was my first screen love.)

But it goes much, much deeper than that as American poet Ogden Nash so adroitly pointed out. Born in 1902, Nash was most known for his light verses... the ones that made people laugh and groan. He died in 1971 but lives on in verse familair to many even now.

Ode to a Baby:
A bit of talcum
Is always walcum

The Firefly
The firefly's flame Is something for which science has no name
I can think of nothing eerier
Than flying around with an unidentified glow on a
person's posteerier.

The Catsup Bottle
First a little
Then a lottle

The Ostrich
The ostrich roams the great Sahara.
Its mouth is wide, its neck is narra.
It has such long and lofty legs,
I'm glad it sits to lay its eggs.


Reflections on Ice-Breaking
Candy
Is Dandy
But liquor
Is quicker.

The Cow
The cow is of the bovine ilk;
One end is moo, the other, milk.


The Lama
The one-l lama,
He's a priest.
The two-l llama,
He's a beast.
And I will bet
A silk pajama
There isn't any
Three-l lllama.

OK... so what has that got to do with Dean Martin's song, That's Amore? Well, Martin, who I really never enjoyed... but he did have the smoothest voice ever, stopped at love. Ogden Nash knew there was more to be written... so he did:

When the moon hits your eye
Like a big pizza pie
That's amore.

When an eel bites your hand
And that's not what you planned
That's a moray.

When our habits are strange
And our customs deranged
That's our mores.

When your horse munches straw
And the bales total four
That's some more hay.

When Othello's poor wife
becomes stabbed with a knife
That's a Moor, eh?

When a Japanese knight
Used his sword in a fight
That's Samurai.

When your sheep go to graze
In a damp marshy place,
That's a moor, eh?

When your boat comes home fine
And you tied up her line
That's a moor, eh?

When you ace your last tests
Like you did all the rest
That's some more "A"s!

When on Mt. Cook you see
An aborigine,
That's a Maori.

A comedian-ham
With the name Amsterdam
That's a Morey.

When your chocolate graham
Is so full and so crammed
That smore.

When you've had quite enough
Of this dumb rhyming stuff
That's "No more!", eh?

I like Ogden Nash, no more can I say.