I'm telling you... It's Nuts out there

College football mania is just around the corner, but some fans may be confused. For the coming season, the BIG TEN will have 12 teams and the BIG 12 will have 10. Meanwhile the PAC-10, perplexed and out of step, will just have 10. 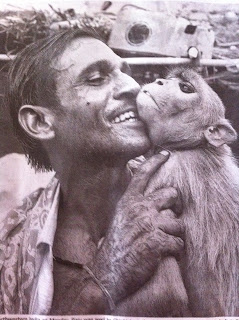 Some are still reeling as the advent of same sex marriage moves to a broader acceptance, but get ready for the next big wave. Rajesh, a trend-setting Indian rickshaw driver, was recently married to Chinki, a monkey. As a side-note, monkeys are important in Hinduism. Well I guess! The happy couple is reported to have had a 'swingin' honeymoon. PS: Yes, true story.

During an anti-helmet protest ride in New York, one of the 550 bareheaded riders lost control of his cycle, was thrown over the handlebars of his bike, hit his head on the pavement and died. He likely would have survived the accident if he'd been wearing a helmet, state troopers said. Are you listening Gary Busey?


A North Carolina man drowned over the July 4th holiday. Cause of death listed in the paper (so it has to be true): He got a cramp because he went swimming immediately after eating. See... mom was right.


Some lifeguards in Newport Beach make $200,000 a year and many make more than $100,000. Teachers of the world... you are so dumb to be stuck in a job where you can't get a tan, wasted all that time in school and, oh yeah, can't raise a family on one salary.

Side note: The MEDIAN salary of 350 CEOs of major corporations was $9.3 million (that is for each!) last year so it kind of makes life guards feel "like, ya know, hey man, what am I... chopped liver?"


Superstar Shaquille O'Neil missed 5,317 free throws in his 19-year NBA career. Such prowess at the line compelled his opponents to create a new defense against him... the 'Hack-A-Shaq,' figuring the best way to keep him from scoring was to make him shoot free throws... and they were right.


Gasoline is currently selling for 12-cents per gallon in Venezuela! None-the-less, for the first time in that country's car-loving, anything-goes-on-the-road culture, a driver has had his license suspended. He was speeding. He was drunk. He was an on-duty bus driver. His bus was carrying more passengers than it could legally hold... and, oh yes,  the bus was missing a wheel. I hope he has learned his lesson. 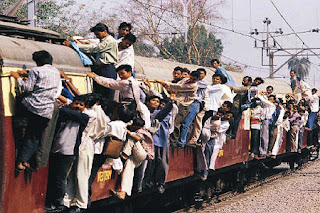 India is growing at the rate of 44 new people per hour vs. New York's nine and London's one-per-hour pace. India will overtake China in total population by 2050... and get this: 92 % of Mumbai's workers walk, use buses or trains to get to work. Now doesn't that seem a lot more relaxing than being stuck in traffic?

In an attempt to slow the population growth, India has recently begun encouraging man-monkey marriages. (Yes, that's a joke... but hmm... if it can work for one... )
Posted by Jerry C at 1:14 PM