A tribute to NASA as Space Shuttle Atlantis heads home from the International Space Station for the last time...


Can you imagine... this is a real, undoctored photo! 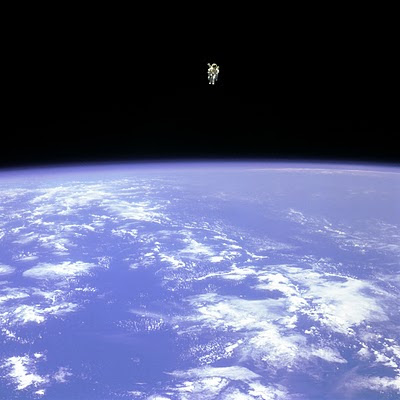 It is astronaut Bruce McCandless II who became the first human satellite just 25 years ago! He is a football field away from the Challenger, 170 miles above the earth, moving at 17,500 mph.... though it doesn't seem as fast to him because he can't see the telephone poles zipping by. He and astronaut Robert L. Stewart made the first untethered spacewalks in history using their nitrogen-propelled "ray guns" (my words) to zip this way and that.

They were floating free in space for six hours while they circled the earth almost five times--105,000 miles-- with nothing but a few essentials (space suit, air, toothbrush, Swiss Army knife, etc.)  Without phone booths, even Superman can't match that.

Discounting the obvious mortal consequences if anything went wrong, that must have been like no carnival ride on earth... I can't imagine. I couldn't even step out on the glass floor section of Toronto's CN Tower.

Well, these guys may have been the first ACTUAL human satellites in space but we have long known what it is all about. We had Commander Corey of the Space Patrol on radio and early television in the '50s, Captain Video on TV and Flash Gordon of the comics who fueled the fire. These fictional heros introduced us to  space and stirred imaginations. And as kids, we were enthralled. From that generation came the space pioneers at every level, from scientists, astral-physicists and technicians to astronauts and the those who worked the launch pad.

Space Patrol was best... it was first a radio serial where acting was over the top... with great sound effects--Whoosh! Zoom! Tzaaaap!-- to add (to the best of anyone's knowledge) realism. Commander Buzz Corey and sidekick Cadet Happy (really), with help from the beautiful Tonga of course, fought the the villains: Mister Proteus, Dr. Ryland Scarno and my personal favorite, the evil scientist, Prince Baccarritti whose evil laugh would curdle milk.

Program commercials were voiced by 'Captain' Dick Tufel for WheatChex and RiceChex with "... out of this world Space Patrol stuff that all Space Patrollers will want to have...spaceophones, projectoscopes and atomolights..." often with an important alert: "The letter "O" is very important in the future." 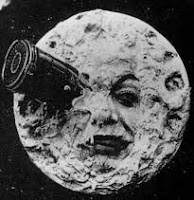 When Jules Verne wrote "From the Earth to the Moon" in 1865, who would have ever guessed... THANK YOU NASA FOR A GREAT RIDE.

Does that make Walt Disney the next visionary by naming Mickey's dog, Pluto? Hmm. Maybe. 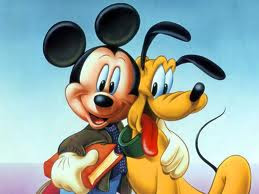 So, going from the sublime to the ridiculous, as Loony Tunes Porky Pig would say, "Th-th-th-th-"That's all folks!"
Posted by Jerry C at 4:10 PM