Life Immortal and Death... on the Titanic and Otherwise 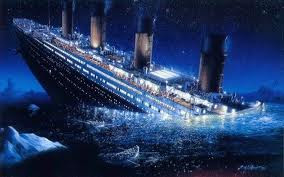 It was the biggest ocean liner ever built, at the time... and it was UNSINKABLE! Oh yeah? Well, who's fault was that anyway? The Captain's, of course, because they always get the blame.

May we have a word, Captain Smith?

But current science has pointed to God, of all people... or rather the cosmos. (Same difference, yes?)

It has been 100 years, to the month (time flies, doesn't it?) since that tragedy. But just recently, experts have determined a cosmic convergence was actually a co-conspirator. On January 4, 1912, the sun and the moon were in perfect alignment. But what made this even more gravitationally effective is that the moon, in its oscillating orbit, was closer to the earth than any time in the last 1,400 years. As icing on the cake, the earth was at its closest annual proximity to the sun. The tides were exceptional. Ya follow?

The rising sea, it is now theorized, allowed older bergs that had been grounded in the shallow waters off Labrador and Newfoundland, to float loose and enter the busy shipping lanes acting like natural land mines. 1,517 people lost their lives that night.


Now, on to immortality, or, as Buzz Lightyear might say, "To infinity and beyond."  Have you read The Immortal Life of Henrietta Lacks by Rebecca Skloot? Here's a review called Eternal Life by Lisa Margonelli that is a great synopsis: 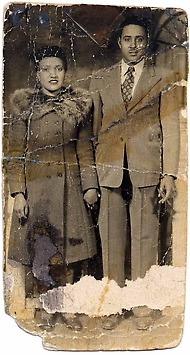 "From the very beginning there was something uncanny about the cancer cells on Henrietta Lacks’s cervix. Even before killing Lacks herself in 1951, they took on a life of their own. Removed during a biopsy and cultured without her permission, the HeLa cells (named from the first two letters of her first and last names) reproduced boisterously in a lab at Johns Hopkins — the first human cells ever to do so. HeLa became an instant biological celebrity, traveling to research labs all over the world. Meanwhile Lacks, a vivacious 31-year-old African-American who had once been a tobacco farmer, tended her five children and endured scarring radiation treatments in the hospital’s “colored” ward.
"After Henrietta Lacks’s death, HeLa went viral, so to speak, becoming the godmother of virology and then biotech, benefiting practically anyone who’s ever taken a pill stronger than aspirin. Scientists have grown some 50 million metric tons of her cells, and you can get some for yourself simply by calling an 800 number. HeLa has helped build thousands of careers, not to mention more than 60,000 scientific studies, with nearly 10 more being published every day, revealing the secrets of everything from aging and cancer to mosquito mating and the cellular effects of working in sewers.
"HeLa is so outrageously robust that if one cell lands in a petri dish, it proceeds to take over. And so, like any good celebrity, HeLa had a scandal: In 1966 it became clear that HeLa had contaminated hundreds of cell lines, destroying research as far away as Russia. By 1973, when Lacks’s children were shocked to learn that their mother’s cells were still alive, HeLa had already been to outer space."
If this sounds interesting to you, it is worth your time. We not only owe Henrietta for much more than we realize, her cells are the closest thing to immortality that we have... so far.
Yet another example of  the awsome power of one.
And finally, The Supreme Court has the task of determining if a baby, conceived by deposited sperm cells 18 months after the death of the father, would be considered eligible for Social Security.  In other words, is their life after death? Does posthumous conception count ? Uncle Sam will soon tell us.
Posted by Jerry C at 4:26 PM