Guns vs. Dogs vs. North Carolina 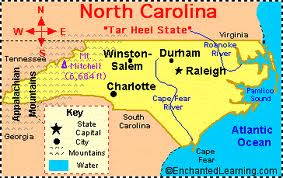 North Carolina is a funny state... nice place to live, for sure. It's busy, industrious and scenic, with lots of great visits within a 300-mile radius--from Washington, DC to Atlanta... the mountains to the ocean--and people are nice too.

But NC, like others, is completely crazy when it comes to some things. Take the proposed laws now working their way through its legislature:

One proposed law (State vs. dogs) would restrict ownership of six dog breeds that are 'deemed aggressive.' Before anyone can have a pit bull, Rottweiler, mastiff, chow or Presa Canario... don't look at me, I never heard of it either, the owner would have to undergo a criminal background check, apply and pay for a special state permit, notify the property insurer and take a four-hour education course prior to adopting, buying or otherwise taking possession of one of these potential killer dogs.

A second proposed law (NRA vs. common sense) would allow students who can legally have guns (meaning almost everyone and anyone--crazy people need not apply) to bring their guns to school. Of course, they would have to lock them in the car where they would be perfectly safe when class is in session. (Note, no self-respecting crook would ever think of looking in a car that might have a gun in it... oops, have I let the cat out of the bag?)

The possible upside--in the sad event of a school situation, everyone could have a gun to shoot at everyone else with a gun. Remember when there were airline hijackings? One comedic proposal was to supply everyone a gun along with a boarding pass... what hijacker would be crazy enough to go against those odds?

Kinda reminds me of the old Johnny Cash song, Don't take your guns to town--lyrics repeated here because they are fun to sing to: 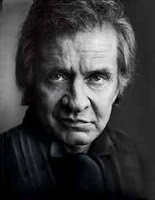 Now here is the crazy part: With mandatory background checks for gun purchases rejected flat-out by NC and DC, theoretically anyone can buy a gun (or 30-round clip) at any gun show by proving only two things... that they are breathing and that they have the cash. BUT, that person better not even think about getting a certain kind of dog without a thorough background check, taking a four-hour education course, paying for a special permit and notifying the property insurer because that dog may be dangerous.

Just one more kicker: The given gun logic of the reason mandatory background checks won't work... and impose undue hardship on anyone wanting a gun, is that criminals would never comply... are they dumb or what? If they are criminals, they wouldn't obey the law anyway.

And if that makes sense, then why do we have any laws... since criminals don't pay attention to them anyway?

Meanwhile, pit bull owner, "You have the right to remain silent. Anything you say can and will be used against you in court... " and this goes double if you fail to pick up the poop.