Is it all in the music? Hope not! 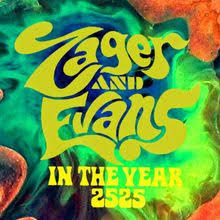 Take it from a guy who can't carry a tune, these one hit wonders had this take on where we are headed as a people way back in 1969. In the Year 2525 topped the Billboard Hot 100 charts for six weeks, maybe because it had that perfect melody and mood for the time but more because it was a haunting look at a future that can't be fully imagined until we are half-way there, almost 500 years early according to the song.

"Its overriding theme of a world doomed by its passive acquiescence and overdependence on its own overdone technologies struck a resonant chord in millions of people in the world in the late 1960s, " says Wikipedia.

Imagine... in the 1960s there was evidence, even years before personal computers were sold, let alone the cell phone which now puts 1,000 time more computer power in your hand than the units first used to send man into space. Of course we did have Popular Science Magazine, (founded in 1872) and the like, which became outlets for ideas and writings of Charles Darwin, Thomas Edison, Louis Pasteur, Thomas Henry Huxley, Henry Ward Beecher and other brilliant minds. We were dreamers than and now.

And look at how far we have come: Artificial Intelligence (AI) is the name of the game. Robots doing everything imaginable, Cars, trucks and plane driving and flying themselves, The capability to print body parts ... and guns too, Social media and the capability to know everything about everybody, Global warming... and we are still a long way away from a full roll-out of what might, could, or will be done for good... and the not so good alike. I think that is called unintended consequences.

Wanna see? Here are the lyrics:

And the song as sung by Zager and Evans.

Yep, sometimes songs tell a story that rings too true to enjoy.

Blog note: I'm hardly ever this dark but when reminded of this song, I couldn't help myself but to draw an eerie parallel. However, as a glass half-full person, this is only an observation in time. But it does feel we are moving ever faster down that path.
Posted by Jerry C at 5:09 PM