AN ELEVATOR TO GOD (ok, to space because we don't actually know where heaven is located) IN OUR LIFETIME! (Not yours though baby boomers) 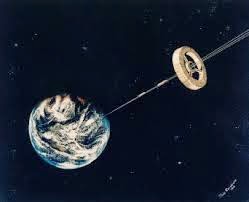 Blogger note: This original post was published almost 5 years ago... but amazingly, it is now a doable thing to cheaply deliver people, supplies to the International Space Station AND BEYOND! Read this post because it is accurate and good... but then read the addenda at the end which adds a few more truly amazing facts, though some information on Elon Musk has changed to date.


SciFi author Arthur C. Clakre wrote about it in his 1979 novel The Fountains of Paradise and it WAS science fiction then... but not any more. There are scientists who think it can be done--and it could be a reality in this century, possibly as early as 2050.

Spoiler alert: much of the technical language is not understood by mere mortals. It is included to impress you so you think I do.)

"It's a phenomenal enabling technology that would open up our Solar System to humankind," says Peter Swan, President of the International Space Elevator Consortium. "I think the first ones will be robotic, and then 10-15 years after that, we'll have six to eight elevators that are safe enough to carry people."

The concept is simple. First, you would need a landing station that, let's say, would be the equivalent of floor 12,000,003 (avoiding the 13th floor, of course). That landing station, maybe called God's Little Acre, would be a satellite or space-debris platform in geosynchronous orbit with the earth--a floating anchor, so to speak--and there are lots of possibilities out there.

Earth station would best be about 600 miles west of the Galapagos Islands because of the rarity of hurricanes, tornadoes and typhoons in that area, say those smarter than me.

Then you need a very strong cable--which doesn't yet exist--running between the two. There are now several concepts that would produce a cable with sufficient strength. One is a diamond-like nanothread material. Another is a cable made of carbon nanotubes with a tensile strength of 63 gigapascal--about 13 times stronger than the toughest steel. And that cable would need to be about 60,000 miles long. (Remember, up AND back with a counterweight and/or maglev technology similarly as used on high-speed trains.)

Now here's the kicker... IT IS POSSIBLE, say many involved with the knowledge and desire to do it. But how does one go from concept to reality?

The reason we would do this? It would be incredibly less costly to send stuff to space... and from this platform, the universe would open to us as never before.

Elon Musk, one of the most fascinating people of today, has offered his say. He is the genius behind SpaceX which develops and launches space vehicles, CEO and chief product architect of Tesla Motors. He is also the founder of SpaceX and a co-founder of PayPal and Tesla Motors. He has also envisioned a conceptual high-speed transportation system known as the Hyperloop.

With Hyperloop, Musk envisions 'shooting' people from Los Angeles to San Francisco in a metal tube in just 35 minutes. How's that for a starter? But regarding the space elevator, he says it would be easier to "have a bridge from LA to Tokyo." So what does he know? 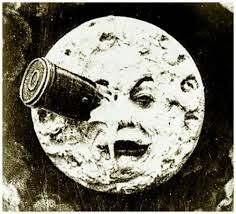 Interestingly, as bizarre as this seems, remember that the Wright brothers' first flight was in 1903. Who then would have visualized humans would land on the moon just 66 years later--less than a lifetime!

Special updated info... this is not only doable but in the planning stage!

"Gradually you accelerate upward, reaching a cruising speed of several hundred miles per hour. Your elevator car moves up a cable 100 million times as long as it is wide--connected on one end to a platform in the ocean (Ed. comment--See, I told you so) and, on the other end, to a counterweight, a heavy mass orbiting high above the planet--kept taut by centrifugal forces. It takes about two weeks to reach the top of the cabl, some 60,000 miles above the Earth's surface. But the trip is serene, with none of the G-force of a rocket ride."

The elevators would be able to carry people and supplies to space without the need for a space shuttle and the special skills required of its occupants to fly it... and at much less cost! But really, can we do it?

Yep, it is technically possible... and as we do more, we learn more and have the advantage of all the discoveries to follow by the target year, 2050. A Japanese firm is already working on it and says do-ability by 2035 is target.

Well, then all we need is that little bit of competition to do it first. A NASA-backd company won the battle to try.