"HEY EINSTEIN! yeah, you." We are all Einsteins in our own mind. 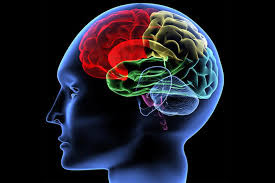 Comedian Emo Philips joked, "I used to think that the brain was the most wonderful organ in my body. Then I realized who was telling me this"

Though told to get a laugh, the joke is on us. IT IS AN ABSOLUTE FACT! Humans have five organs that are essential for survival: brain, heart, kidneys, liver and lungs. But it is the brain that sends signals through the nervous system and secretes hormones to the others. Your brain makes you tick.

And you are the brain's boss.

We humans start using our brain at some point in the womb and continue to learn and grow every living second after that until death or some catastrophic event or affliction. You simply never stop learning by intent, common sense or just living and experiencing. LEARNING  NEVER STOPS.

And what we have learned is quite remarkable. It is brilliance, it is remembering, it is observant, it is nuanced, it is world-shattering, it is noble, it is silly. fun. critical and mundane at the same time... and it is all of our world. For a rare few, it is eidetic (or photographic) with an ability to view memories like photographs, pages or numbers or times experienced in the past in great detail. Notables said to have such skills include Charles Darwin, Nikola Tesla, Teddy Roosevelt, former basketball player Jerry Lucas, Mr. T (yes, him) and actress Marilu Henner.

While the brain has amazing powers of significance in our lives, it also captures whimsy with stuff that makes trivia champions too--and everything in between..

So brain, show me fun and amazing stuff you have learned--or will learn now just by reading this below:
But perhaps the most important thing to know about the brain that is in your head is that it has an infinite capacity to LEARN and GROW. So don't limit yourself to a blind alley when the world your brain can see is comparatively as vast as our universe and is open for business 24/7.