It's better to be lucky than good... unless you are that New York guy

How many lottery tickets have you bought in your life? Me, perhaps less than 10... but then I'm a cynic, remember. However, I still didn't win. And you? Ever win a million bucks? A thousand? A hundred? A free ticket? 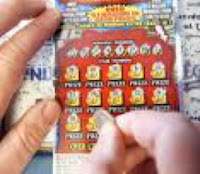 Well, a Texas woman, who may also be good, is pretty lucky. She just won $10 million with a state lottery scratch-off ticket. But, you say, doesn't almost everybody win $10 million once in a while? At least, that's what the lottery ads seem to suggest. Sure... I grant you that. Probably almost everyone wins a million now and then.

So she won  $20.4 million with four separate winning tickets. What was not revealed is how much she spent to win those bucks... but I'm still thinking, taxes and all, she did as well as the average salary of four Boston Red Sox players this year... and she doesn't even have a good arm. 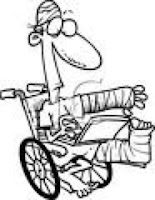 Now for the unlucky side of the coin: It is a known fact that in New York City, a person is hit by a car on the average of once every 67 minutes. City officials are scouring the streets to find that poor soul and get him the-hell-off-the-street!
Posted by Jerry C at 6:02 PM