Announcing the First Annual JOKEFEST: The Brits vs The Colonists 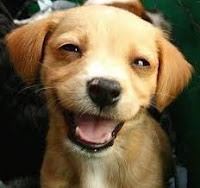 The ten best jokes in this year's Fringe Festival in Scotland have just been announced. The headline in the British newspaper read "... these are the best jokes, bar none." Oh yeah? The jokes are so lame that I am challenging them to see which side of the pond has the funniest jokes. You be the judge.

Theirs: I was adopted at birth and have never met my mum. That makes it very difficult to enjoy any lap dance.
Ours: What songs do cows like to dance to? Any kind of mooosic will do. (A simple kid joke wins again!)  2-0 USA

Theirs: The Universe implodes. No matter.
Ours: Chuck Norris counted to infinity--twice! (Cha-ching!) 3-0 USA

Theirs: You know you are fat when you hug a child and it gets lost. (No!)
Ours: What does a snail say when he is riding on a turtle's back? Weeeee!! (Another kid joke is all it takes.) 4-0 USA

Theirs: The Pope is a lot like Dr. Who. He never dies, just keeps being replaced by white men.
Ours: The Vatican announced it will begin selling its ceremonial incense mixtures that were previously only used in worship services.  The first scent will be Popepourri. (Now that's funny!)
5-0 USA

Theirs: I can give you the cause of anaphylactic (sic) shock in a nutshell.
Ours: What happened when the monster ate the electric company? He was in shock for a month. (Kid jokes are better.)  6-0 USA

Theirs: My friend told me he was going to a fancy dress party as an Italian island. I said to him "Don't be Sicily." (Their best attempt yet. Awkward but cute.)
Ours: Q: Did you hear about the Italian chef that died? A: He pasta way. (We really would have won but I'm giving them this one for sentimental reasons... I'm Italian.)  6-1 USA

Theirs: I used to work in a shoe-recycling shop. It was sole-destroying.
Ours: Man finds a shoe repair claim ticket in an old suit he hadn't worn for 12 years. Thinking he would play a joke on the shoe repairman, he presented his ticket with a straight face. The repairman, showing no emotion, checked in the back room then hollered, "They'll be ready Thursday."  8-1 USA

And the Number 1 British winner

Theirs: I heard a rumour (Britspeak) that Cadbury is bringing out an oriental chocolate bar. Could be a Chinese Wispa. (Really? Is that the best you've got?)
Ours: The doctor sadly tells the patient, "Sorry but you have only one month to live." The patient, crestfallen, grabs the doctor by his lab coat lapels and desperately asks "Isn't there something... anything I can do?!" The doctor pauses, then says, "Well... you could take two mud baths a day... " Hopeful, the distraught patient says, "Oh, thank you doctor... will this cure me?" Doctor shakes his head, "No... but it will get you used to the dirt." (Always save the best for last, right?)


Now don't you all go rioting like this is a football (really soccer) game... just be graceful and give us a "Jolly good, old chap" ... and send more episodes of Downton Abbey.
Posted by Jerry C at 10:19 AM