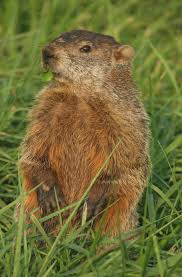 You know... like "How much wood can a woodchuck chuck if a woodchuck could chuck wood?" Or better yet, "How many angels can dance on the head of a pin?"

The obvious answer to the angels question: it doesn't matter... if angels are smart enough to dance on the head of a pin instead of the other end, that's good enough for me. 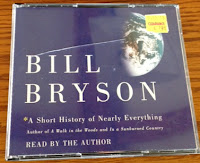 But sometimes... like I'm about to tell you, questions that sound hypothetical aren't at all. I'm currently listening to Bill Bryson's *A Short History of Nearly Everything (which I bought at Seattle's Half-Price Books, incidentally... for two bucks!) and it really is amazing. I previously bought this as a book--twice... and couldn't get through it as a read--too many names and too much data-- but as a listener in short or long drive snippets in the car, it really is a highly recommended way to go for this one. (Bet you can't find it like I did for $2 though.)

Example of a hypothetical question that isn't: How many atoms can hide behind a single human hair?  Factual answer: A half-million atoms, lined width-wise 'shoulder-to-shoulder,' could easily hide behind a human hair.

How about this one: If Mt. St. Helens erupted (as it did in1980) and the side of the caldera blew out, how much mud and ash would it release down the mountain in the first few minutes?  The now known answer: enough, rushing downward at 150 miles per hour, to bury all of Manhattan to a depth of 400 feet!

Or: Where is the biggest known volcano in the world now located? We didn't know this one until about 20 years ago. Hint: Completely within its caldera is 200,000 acre Yellowstone National Park. More awsome than that... it remains today an active volcano! Oh, don't worry... it has only erupted three known times in the past 180 centuries... usually on 60,000 year intervals. The first eruption was 240 times bigger than Mt. St. Helens and it would have spewed enough mud, ash and lava to cover New York state to a depth of 600 feet. The last one occured... oh, oh... 60,000 years ago.

Actually, Bryson's book covers all of the sciences so it includes piddling little stuff like... the universe as we know it, with its billions of solar systems like our Milky Way, is 13.5 million light years across and it is growing rapidly as we breathe. Now contrast that info with the size of 500,000 atoms 'shoulder-to-shoulder ' and you have a scale of impressive proportions.

The book covers so much of the physical world's sciences and discoveries... with so many names and relationships... that it could blow your mind if you are of a mind to be blown. Caution, however... it is not for dummies... like the guy who was stuck in a low end job in the Swiss Patent Office and was turned down several times in his request for a one-step up promotion until "... he mastered machine technology." That hapless individual was named Albert Einstein who played a most impressive role in a good chunk of what Bryson talks about.

It is a good listen and you will come away with lots of very interesting cocktail talk tidbits to impress your friends and family until they get sick of you... like: Chuck Norris heard Einstein's Theory of Relativity and ruled it irrelevant.