This one's for me. 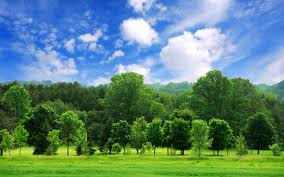 Now here's why she was so special:

In the car and, unable to find her seatbelt clip, she would hold the belt against her thigh and say, "This is fine. Let's go." I would look at her and she at me, then we would both laugh.

She would complete a crossword puzzle and leave it on the table to get me a cup of coffee when I dropped in one or two mornings a week. "Nice going on the crossword mom," I'd tell her. Then I'd look at the puzzle and see that some squares were just filled with random letters. "Mom," I'd say, "that's not right." She would tell me, " I didn't say it was right. I just said it was done."

Lots of years ago, after I left the house as a youngster, she and dad tore my room down to make their master bedroom somewhat bigger. They put the old knotty pine boards that made my wall, into the garage. My dad died 48 years ago and those boards remained in the middle of the garage floor.  One day many years back, a guy driving passed the house spotted them through the open garage door. He stopped and asked if he could buy them. "Congratulations!" I told her. " It's about time you got rid of those boards." "Oh," she said, "I didn't sell them" "Why not!" "He offered me $50 right away so I figured they must be worth a lot more." After she moved to an assisted living facility, I thought of that story as I threw those old, rotting boards Into the dumpster cleaning out her overcrowded garage  that never saw a car.

Once when I visited, I saw a camera on the kitchen table that was her desk... her hangout. "Where did this come from?" I asked. "Someone left it at McDonalds last week." "Why didn't you leave it with the manager?" "Are you kidding," she said, "It would have disappeared In a minute." I looked at her and said "Well?"

She tried to return it but no one had reported a lost camera so she ran an ad in the paper. When that didn't work, she developed the film (remember film?) so sure that a photo or two  would offer a clue... and we laughed at out-of-focus pictures of cows and pigs taken from a moving car. I threw that camera out years later too.

Her house was always 'pig-sty' neat with burnt-orange living room drapes that just turned 50 (really) because she liked them. A grey Electrolux vacuum cleaner-- its classic art deco style, shaped like a coast-to-coast Santa Fe Zephyr of the 1950s with sleds runners instead of wheels--was a permanent fixture in her living room... and it actually made an indelible indentation in the " older than the drapes" carpet. Its hose was as auspicious as a dead snake coming out of the sweeper's behind. Whenever one of us kids put the darned thing in the closet (when she wasn't looking), it would always reappear next time we visited... in exactly the same spot... and the carpet never looked cleaner.

Her classic dining room table--with all extensions to seat 12 comfortably... was invisible under its pile of old magazines and papers, tools, sewing paraphernalia, old 78 rpm vinyl records and everything else you could imagine.

Her favorite chair, broken down and threadbare, was her throne, like an island among a sea of week-old newspapers and clippings. Her 17 inch 20-year old TV sat alone on a stand in front of her throne.

She took up golfing and working and benevolent volunteering after my father died and she was always reliable, always slow and always appreciated.

She was like that... not a hoarder at all, but what she treasured, she kept. She was a little ditzy and clean and joyful... not someone you would call a neat-nik, but so very liked by all. She would talk to anyone who looked her way and she had a place for everyone in her head. Remarkably, she remembered most of the names of people she met, even in her last years. She had a big heart and was deeply religious. That paints a picture of a wonderfully-charactered widow the last 48 years of her life.

Her favorite poem, which she would recite at the drop of a hat was Trees by Joyce Kilmer:

I THINK that I shall never see
A poem lovely as a tree.

A tree whose hungry mouth is prest
Against the sweet earth's flowing breast;

A tree that looks at God all day,
And lifts her leafy arms to pray;

A tree that may in summer wear
A nest of robins in her hair;

Upon whose bosom snow has lain;
Who intimately lives with rain.

Poems are made by fools like me,
But only God can make a tree.

Whenever something bad happened to her--like shingles, broken bones, broken heart--she would shrug her shoulders and say, "Into each life a little rain must fall."

She was seldom angry and bragged about how full her live had been. "I've traveled the world (she had been to Europe--once on a tour, Hawaii and California) and had two wonderful children who love me. What more could I want?"

My sis and I ask the same question... What more could we want?

She was a nice lady who died peacefully in my sister's arms. Happy "almost made it a century" Birthday mom.
Posted by Jerry C at 11:24 AM