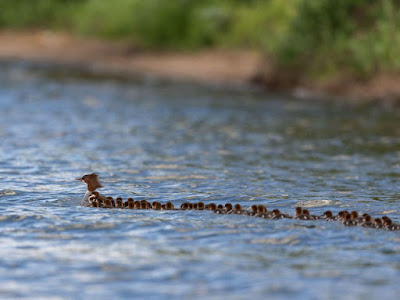 Every good blog needs a "grabber" to pique your interest. So how are 76 ducklings all in a row? "Aww... " you say?

It's good to say "Aww" once in a while, but with no adorable cat pictures handy, how is that possible? That's where76 ducklings with one mama duck comes in. I'll tell you all about the ducklings in a minute.

Newspapers use to do this all the time... catch your broader interest, I mean. I remember newspapers. Big and bulky pages with ink that sometimes gets on your hands or clothes, lots of words, lots of stories big and small, (and a comics section in most) almost always reported in greater depth than in social media and television (if they even made the cut).

Some of the tid-bits I read in newspapers lately: 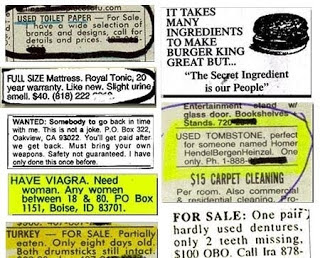 Oh, about the mama duck and ducklings.... they are common mergansers and females lay their eggs in multiple nests to be incubated and cared for. It's like a day care system called a creche where a few matriarchal females watch after things while newer mama's molt... or celebrate with a big party, I guess. To have 76 ducklings under one care is, however, quite unusual. Ostriches also creche.
Posted by Jerry C at 5:30 PM